Retronauts 61, and why 4 means death in Japanese

This week’s Retronauts — episode 61, which is about 51 more than I actually ever figured we’d ever record — tackles the Persona series. I am a diligent RPG enthusiast and have purchased every Persona (and Shin Megami Tensei) title released in the U.S. to date, but such are the restrictions on my time that I’ve only ever dabbled in them. And these are not games in which one can really dabble; much like a baby or a sickly kitten, they require full and constant attention.

But I am storing them away for retirement. I’m gonna be the demon-summoning-est dude in the old folks home, just you wait.

The one part of the podcast that’s most stuck with me has been a listener-submitted letter that praises Persona 3 as a fantastic example of what can be done with a game on a limited budget. Because P3 had a much lower budget than something like Kingdom Hearts, the reasoning goes, it was far more creative than your typical blockbuster title. Since the team couldn’t afford to create a massive world with a vast cast of characters, they stuck to a very small and limited environment and developed their few characters with unprecedented depth, creating something with very little flash but plenty of substance.

I absolutely agree with this line of thought, and in fact it crystallizes perfect in light of recent news. Last week’s Metal Gear Solid 5 (maybe) teaser, for one; and then there was last night’s news that Dragon Quest X will be making its way to Wii, of all things. One of these tibits fills me with interest, the other with weary resignation. The funny thing is that the roles are swapped from what they were a year ago; if these new items had popped up last December, I would have said, “Yeah! More Metal Gear! And, eh, Dragon Quest keeps stagnating. Whatever.” Now, it’s the Metal Gear sequel that reeks of creative bankruptcy and the Dragon Quest plans that make me curious to see what lies in store. 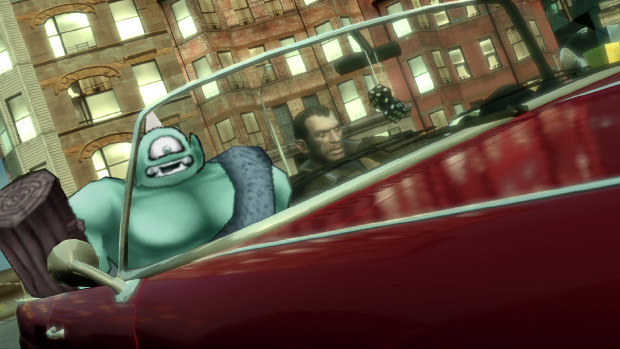 And here’s why: 2008 was the year I stopped caring about AAA releases. They’re the grease that keeps the wheels of my job spinning, I realize; if it weren’t for the hype around Gears of War and the frothing fanboy brain seizures prompted by any mention of Killzone 2, I’d probably be out of work. But god, I’m so sick of vapid big-budget games. I guess they’re a sign that the games industry has finally achieved its goal of catching up with Hollywood, because most blockbuster game releases feel as mentally empty and emotionally void as your typical $200-million-budget-Don-LaFontaine-would-have-narrated-the-trailer-when-he-was-alive film. So well done, games industry. You’ve realized your dream at last. Too bad it wasn’t the right dream. Games aren’t movies, and the horrors of Siliwood should have proven that…yet the biggest and most visible games still use “Hollywood summer hit” as their model. Sometime around June, I finally got sick of it.

Specifically, it was the double feature of Metal Gear Solid 4 and Grand Theft Auto IV that did me in. Two giant games; two fantastically designed games; two games whose excellent interactive portions were constantly thwarted by their creators’ Hollywood pretensions. It makes me angry that reviewers actually called GTAIV’s narrative “Oscar worthy,” because (1) no, it really wasn’t and you guys seriously need to go and watch a good movie, OK?; and (2) that kind of empty praise is just going to encourage Rockstar to keep focusing on the sloppy, poorly-written pulp noir aspects of their creations to the detriment of the part that actually makes GTA unique and fun: the gameplay. I’ll save my irritation with GTAIV for another day, but playing it immediately after MGS4 made me realize that I don’t have to keep swallowing the games that the industry pays the most money to hype up, that I don’t have to accept these things as the limit and pinnacle of what this medium can achieve, that there’s more merit in games that are content to be games than in games that desperately want to be movies that you can sometimes control and in which the possibility of a temporary interactive setback interrupts the flow of the story.

Well, no, don’t screw it. So long as it keeps things lively, building interest among the traditional 15-to-35-year-old male demographic by providing the shiny, expletive-laden explosions they do so love, games like Gears 2 and GTAIV have a place. But make no mistake: those games aren’t the future of gaming; they’re a part of the future. And Dragon Quest X, I hope, represents the other side of that coin.

It was a pretty big shock for me when Dragon Quest IX was announced for Nintendo DS (good lord, has it really been two years?), but it makes perfect sense now that I’ve played more of the series. I understand what Dragon Quest is about now, and it’s not about the bleeding, ragged edge of technology. The series has had a tough time catching on here in the States because, generally speaking, gamers here are about the bleeding, ragged edge of technology. But you look at something like Dragon Quest VII, which was contemporaneous with Final Fantasy X, and it seems downright laughable. Even Dragon Quest VIII, which looked pretty dang good, had the same basic game mechanics as its 8-bit predecessors: turn-based combat, tons of battles, and fairly limited character-building, with Final Fantasy-style party-twinking to break the game being downright impossible.

But those things aren’t really the point of Dragon Quest; they’re the means to an end, and I’ve come to understand that the end the series aspires to is something different. Dragon Quest uses its modest visuals and familiar game systems to tell stories — not big, twisty, shocking stories, but variants on the traditional “legendary hero saves the world” stories. Each DQ title explores a different facet of that fundamental concept, and if you can look beyond the visuals and the somewhat stagnant mechanics, you can appreciate the series’ greatest strength: its heart.

Right now I’m playing a preview version of Dragon Quest V for DS, which I’m restricted from discussing in any detail until the usual stupid assortment of embargoes dissipates, but it’s an incredible game. It looks exactly the same as the DS version of Dragon Quest IV, and I’m fighting a lot of the same enemies with the same skills and tactics as in the previous title. But again…that’s not the point. The point is the game’s heart, and in that respect DQV is fairly unparalleled — maybe by Mother 3, or Skies of Arcadia, or a handful of smaller, more esoteric games. But I look at the efforts competing RPG series have made to explore similar concepts of family, personal duty and heroism through generations and I see well-intended but honestly sort of disastrous results like Phantasy Star III and Final Fantasy VIII.

And so it makes sense that Dragon Quest’s sequels are headed to DS and Wii. They don’t need PS3-level power to be heartwarming, and in fact too much tech would probably just get in the way. The hardcore gamers have their PS3s and Xbox 360s, but everyone has a DS or a Wii. The DQ series goes where the people are, because that’s where the money is; right now, that’s on Nintendo consoles, because Nintendo’s plan for disruptive technology is actually working out.

My biggest concern about the gaming industry right now is this nonsensical polarity between “hardcore” and “casual” games; I’d hoped the Wii would serve as a bridge between the two, but honestly Nintendo has done a terrible job of it, transforming all but a handful of their longest-running franchises into neutered, pandering messes while they focus their time and money on catering to the retirement home crowd. (That’s the current retirement home crowd, mind you — not the cool retirement home crowd of the future, the one with a stack of MegaTen games to work through.) I’m hoping that DQX is a sign of good things to come: a traditional, uncompromising franchise that’s found a home on Wii, where it can focus on its core strengths and be a great game without the need to run a $100 million ad campaign to convince everyone that it will make your brain explode due to visceral awesomeness.

High-end PS3 and Xbox 360 games aren’t the future, and neither is the current, pathetic state of the Wii. If any game can reconcile the two, I think, it will be DQX: it’s a major franchise, steeped in the traditional vocabulary of video games, but with broad appeal (at least in its home territory). Here’s hoping that other third parties take this as a cue to start focusing on the Wii for something other than embarrassing shovelware.

Then again, I’m not getting my hopes up. The games industry has a tendency to work against its own best interests sometimes.

32 thoughts on “Retronauts 61, and why 4 means death in Japanese”