If only I could travel back in time

I would find Jaleco’s graphic designers and say rude things to them. Seriously, these backward NES game box spines are harshing my mellow by making my bookshelf slightly inconsistent. Their failure to conform lives on in shame and irritates my OCD two decades later! 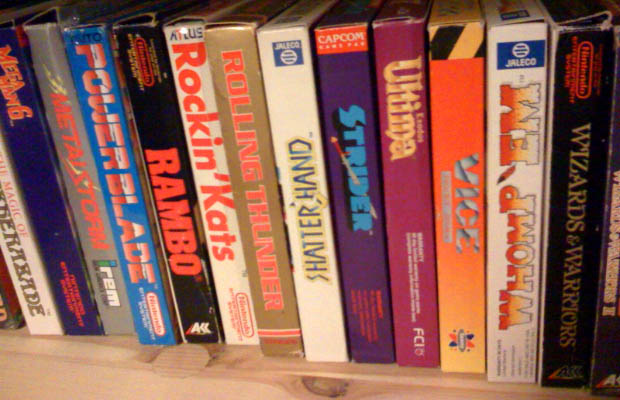 Of course, the fact that I own Shatterhand and Whomp ‘Em is probably a far more crushing cause of shame than some minor packaging glitch. And I was doing so well at being selective in my collection repopulation efforts, too. Man, Jaleco ruins everything.

33 thoughts on “If only I could travel back in time”