I shall miss you, Japan

It’s 9:30 a.m. Thursday here, and I catch my airport bus at noon. When I finish traveling, it will be…9:05 a.m. Thursday. If Einstein had known about United Airline’s time-bending shenanigans, he’d have had a conniption fit.

I was actually dreading coming to Japan for TGS, having already spent so much time in the country this year, but I’ve rather enjoyed my stay. As ever, I have no illusions about being genuinely welcome here, but it’s nevertheless a comfortable place for someone like me — i.e., someone who prefers solitude. You are never more alone than in a country full of people whose cultural mores are founded upon the concept of not being a nuisance to others, a fundamental belief that anyone not of your own race is inherently defective, and punctuality. Of course, most of the genuine good in the way these things are expressed here is illusory and breaks down under close examination, but when I’m breezing through over the course of a week I can certainly pretend.

I also admire the nation’s curious determination to make things work, even if it’s a bad idea. As such: 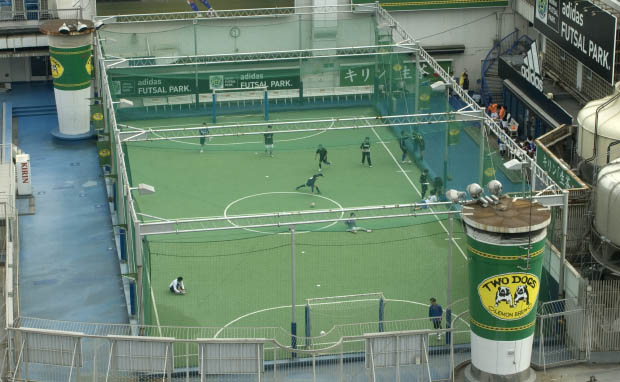 Want to play soccer even though you live in one of the world’s most densely-populated urban centers? No problem! 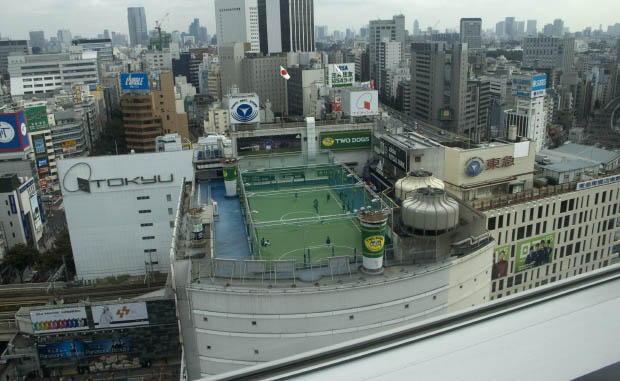 Just build your soccer field hundreds of feet in the air on top of a skyscraper! Genius. But wait, what was that? 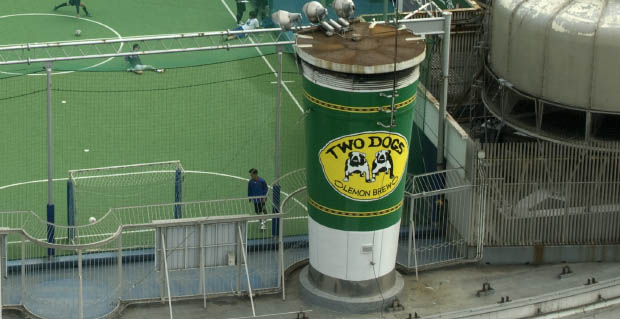 Two dogs…one cup? Oh, Japan, you even win at being deviant.

Well, until next time I make it this way, at least we’ll have our memories (in the form of a janky-sounding podcast recorded on a compact mike in a hotel room).

13 thoughts on “I shall miss you, Japan”