Yesterday — that’s today for you, o America-bound ones — was a holiday here in Japan. I was slightly alarmed by this, actually, when I stepped outside and a fleet of Japanese flag banners had appeared everywhere in the city overnight. 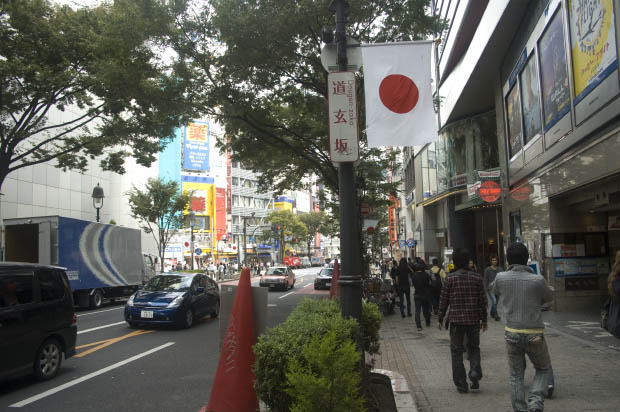 So far as I know, Japan doesn’t have the equivalent of Independence Day, so I was concerned that I had unwittingly stayed long enough to get caught up in some sort of nationalistic fervor. While most people you meet here are friendly toward (or at least tolerant of) foreigners, Japan does have a rather aggressive right-wing faction that drives around in vans equipped with loudspeakers to shout about how all non-Nikkei should be kicked out and the country should go back to being an isolationist feudal monarchy. So I was worried they’d taken control and I’d be forced to participate in a Pamplona-style running the gaijin, herded naked through the streets with the other outsiders and drowned in the sea of Japan. But no, actually it was just a day to celebrate the country’s love of its native sports. You know, like baseball and cricket. So I’m happy to report that I’m alive and dry. 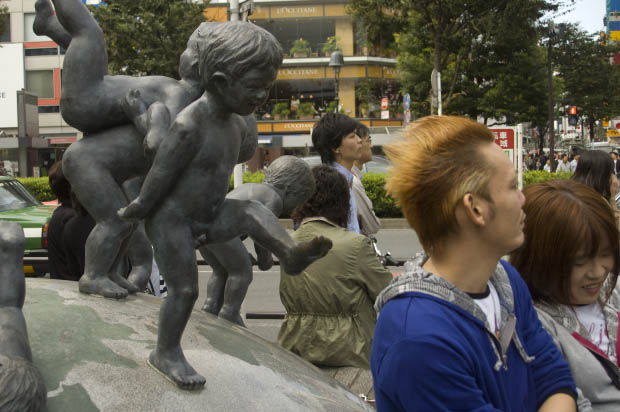 Later, I saw this scene and thought about warning the guy that some kid was sneaking up behind him to punt his skull. Then I decided that anyone with that hairstyle probably deserves a good kick to the head.