You know, I’m not really an uncultured philistine; when I’m abroad I do like to take in actual cultural experiences. But at the moment, I’m way out in Chiba, which is basically Tokyo’s New Jersey. There ain’t much going out this way. So, rather than try to eke genuine Japanese heritage from countless square kilometers of warehouses and convention hotels, I must instead content myself to drink in the local cuisine. (Er, so to speak.) And by cuisine I mean “convenience food.” So the report continues:

Japanese soft drinks are famous for their collectable “bottle toppers,” which are little plastic toys they snap and seal over the lids to encourage you to buy lots and lots of said beverage. Common enough on the likes of Pepsi, but I was intrigued to see it’s spread to coffee as well. And with Transformers, no less! Not that I care about Transformers, but it was a recognizable brand in this cold and distasteful world of anime panty-shots. So I bought some Boss Coffee Rainbow Blend. Not really sure what the “rainbow” bit is about, but it was pretty good — a lot less sweet than most Japanese canned coffees. And it came with a Soundwave figurine. So, I guess this job’s a success! 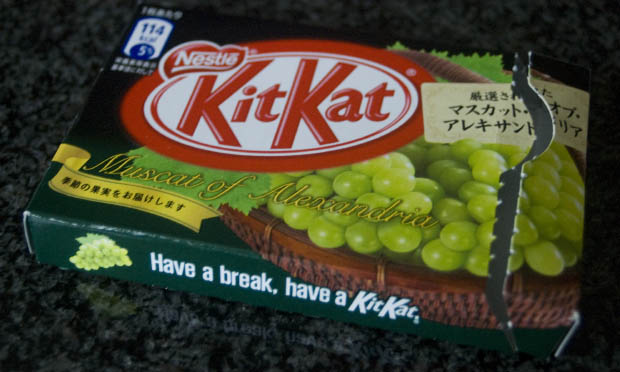 Less successful: “Muscat of Alexandria” Kit-Kat. The name seemed basically to be a fancy way of saying “grape,” which struck me as a terrible mix of flavors for Kit-Kat. But my faith in the brand led me to take a chance.

Said faith, sadly, was not rewarded. “Muscat of Alexandria” is actually a fancy way of saying “seriously gross, dude.” It’s basically a white chocolate Kit-Kat (strike one) whose chocolate has been infused with the worst kind of chemical grape. It made those cheap off-brand grape sodas I used to drink as a kid seem authentic; it made grape Kool-Aid taste like a fine French vintage. It was Not Good. Recommendation: avoid unless forced to eat at gunpoint. 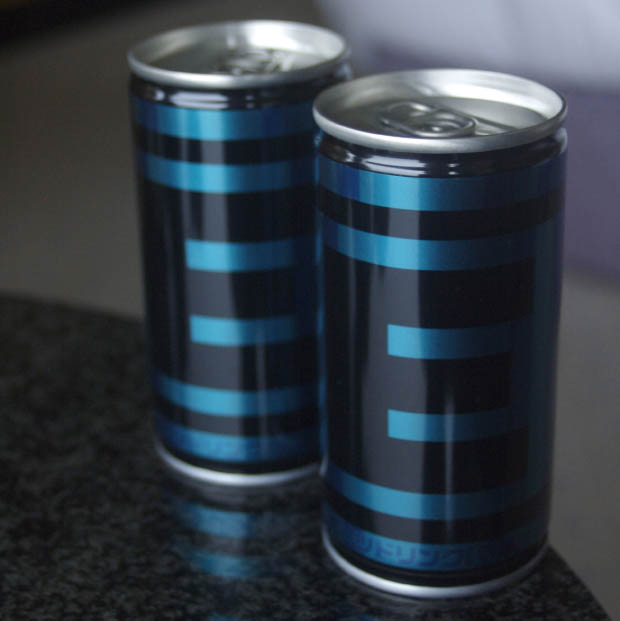 And finally, a pair of Mega Man E-Tank energy drinks. I haven’t brought myself to consume these just yet, because (1) they were hard to come by; (2) I want to keep one as a collector’s item if possible; and (3) if it’s anything like other limited-edition branded energy drinks, it’s not really intended for human consumption.

(Robot consumption, maybe, but not for humans.)