Please, please, please send me copies of these amazing, brand new Genesis/Mega Drive games that TecToy is releasing. I need to cover these in a desperate way. I will give you cash moneys in return! Granted, I only have American dollars, which are kind of crappy these days, but we can work out an equivalent exchange of some sort.

This is not a joke. For serious.

In other news, I am posting a bunch of complete and minty GBA games on my perpetual eBay pile. My stacks of things to get rid of are growing smaller and smaller — but happily, so are my debts from our financial crisis earlier this year. If I can get all these GBA and PS1 I have sitting next to me posted, I should be debt-free again before TGS. Just in time to build up fresh debt at Mandarake Galaxy! Ah, if only. Actually, once my own finances are clear we start working on The Girlfriend’s. She’s been having a lot of good luck lately finding jobs, so hopefully it won’t take too long. This is a very happy turnaround from the utter desperation of a few months back, so thanks to all of you nerds who have been buying my unwanted stuff. I am glad we can share this mutually beneficial ecosystem with one another. 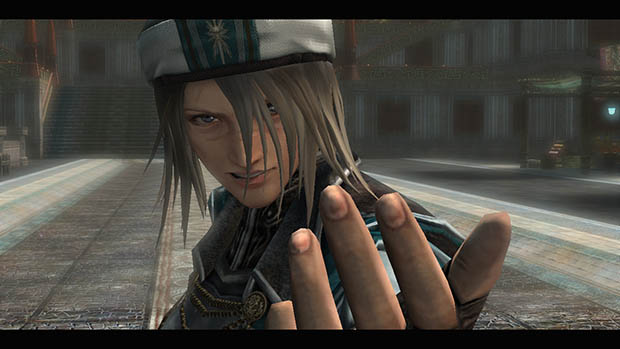 In other other news, I finally had a chance to play The Last Remnant today. It was for print, so I can’t actually discuss anything of substance due to games journalism being a very silly and frustrating occupation; but I will say that I’ll no longer confuse this RPG with Infinite Undiscovery. The two are very different creatures, which is clear now that I’ve seen the battle system in action — a pleasant surprise, given that the main gimmick they’ve used to sell both games has been large-scale battles combining multiple parties. It has been a really, really long time since Square has developed a brand-new RPG franchise internally (The World Ends With You not really being an RPG to speak of, and Drakengard being an abomination by Cavia), but it’s nice to see they can still turn out interesting, creative products that don’t hover within the grim domain of the Nomuraverse. I probably won’t be allowed to articulate my thoughts on the game with any detail until TGS, but it’s definitely been added to my short list of games to give a crap about this fall. Maybe not quite up there with Valkyria Chronicle and Mirror’s Edge and Dragon Quest IV…but then, what is?

Actually, what was the last original Square RPG? Oh, I guess Song Summoner. But that kinda…doesn’t count. I’m thinking Vagrant Story. So really, it’s about time.