Another good reason not to record epic length podcasts: I’ve just now finished up editing and processing tomorrow’s Retronauts. I began at noon. Granted, I lost an hour in there to GarageBand barfing on me, and I devoted some time to exercising and dinner and riding the train home and all, but still. Nearly twelve hours start to finish. That’s a lot! So it’s safe to say that at more than two and a half hours long, this new episode is the longest episode of Retronauts that will ever happen.

Personally, I’d recommend listening to it in 40-minute chunks. It breaks up pretty cleanly along those lines. 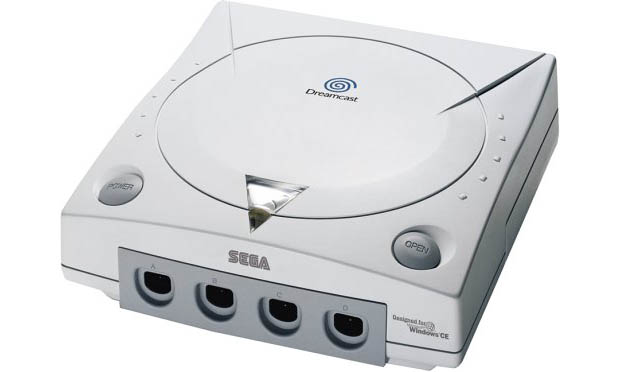 I’ll post a link when it goes live tomorrow. In the meantime, stare at this image of the Dreamcast and see if you can resist the temptation to dig yours up and start playing Chu-Chu Rocket or whatever. Also, be baffled by the crazy British-ness of it. Why is the logo blue!?, your brain will demand. And you will be powerless to answer.

Edit: The episode is live. You may want to clear out your weekend…it’s kinda long.