Why I love Super Potato

Every time I’m in Japan, I always end up visiting Super Potato, the famous Osaka retro gaming shop with a very popular branch in Akihabara. It’s not the best place to hunt for old games by any means — Liberty and Friends are both cheaper, Mandarake in Nagano has more super-rare stuff at better prices, Mandarake in Shibuya has a better selection of portable titles and soundtracks, etc. And their already fairly high prices get higher if you pay with a credit card. Even so, Super Potato is still a must-visit stop, if only for a few minutes, because of two important factors. First, they allow fat, sweaty Americans like me to traipse about the store taking photos at leisure. Two, they have a retro arcade on the top floor, which I’ve never actually visited. (I’m saving it for a special occasion.) And finally…uh, did I say two? I meant three. Finally, and perhaps most importantly, retro love is everywhere. 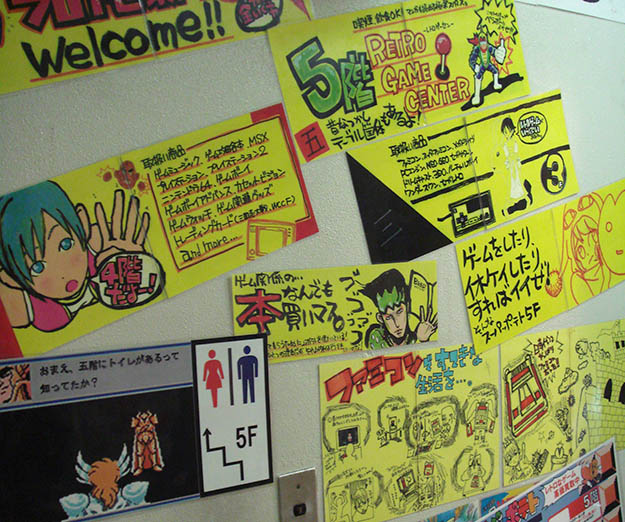 The walls are plastered with hand-made signs, and every time I visit the old ones have been phased out by new ones. This montage is on the ground floor, offering promotion and information about the shop (including a screen shot of a dangerous golden knight looking for the restrooms). Clearly, this is a place run by people who love what they sell. And that makes it awesome.

More pictures after the jump, if you’re into that sort of thing.

It’s crappy, old-school, bikini-goddess Athena looking chastened. I can’t make out the kanji but I’m going to guess they’re using her awful, self-titled NES outing to promote the kusoge (crappy game) section and she’s ashamed. As well she should be!

Umihara Kawase and a fish-thing pimpin’ the Super Famicom selection. Clearly this is a store that knows its audience. 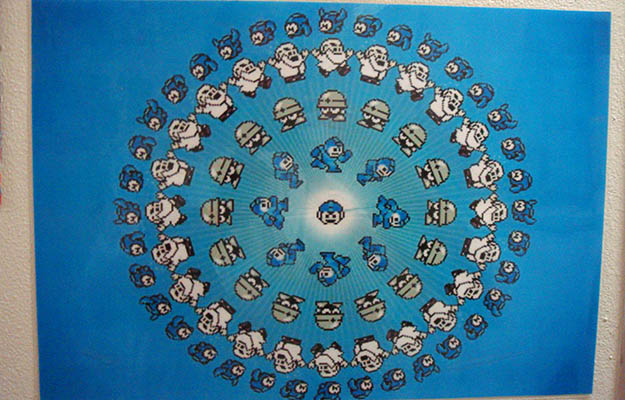 I believe this is what is referred to as a “Rockmandala.” 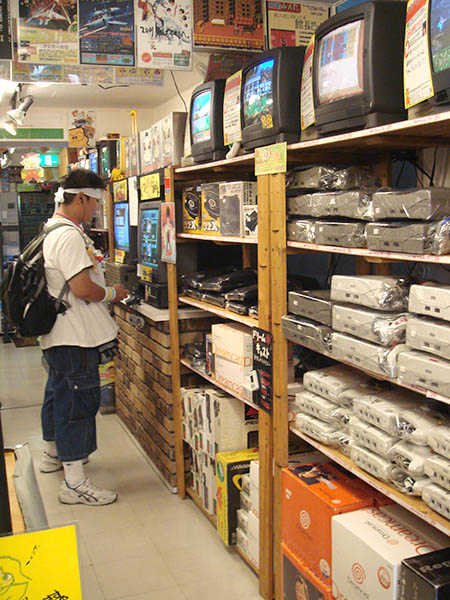 The prevailing philosophy for hardware here: Stack ’em high and sell ’em cheap. Super Potato’s games are pretty pricey, but their old consoles are priced well. Dinged-up or yellowed systems go for a bit less, but they have plenty of immaculate systems, too. And hard-to-find ones, like Sharp’s Twin Famicom and various shades of PC Engine peripherals and portables. 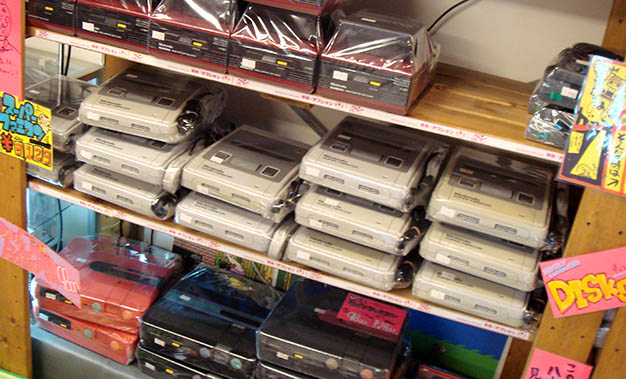 I found myself drawn to the Super Famicom section — perhaps not surprisingly. I recently had to sell off my 16-bit Nintendo collection, and it still smarts a little. Hmmm….

25 thoughts on “Why I love Super Potato”