What new surprises lie in store

While Jim Davis may churn out a terrible comic strip, he’s actually a pretty cool human being, apparently! Then again, Davis is a shrewd businessman above all else. I guess it’s possible he appreciates someone’s poking holes in his life work in creative ways, but more likely he simply realized that letting someone publish a book that transforms his comic into depressing absurdism is the holiest of grails: A means by which to sell Garfield to people who hate Garfield.

Bonus image: This billboard is directly across from my hotel room, so every time I look outside this is what I see: 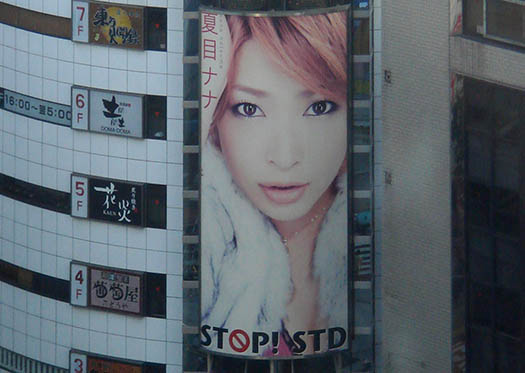 I think it’s supposed to be a public service campaign promoting the use of condoms, but the placement of the exclamation mark really sort of gives it a different subtext. “Stop! This person has a terrible communicable illness!” I feel bad for the lady who lent her face to the campaign; I’m sure she was intending to do a good deed, but now everyone in Shibuya thinks she is diseased.

18 thoughts on “What new surprises lie in store”