So that Mega Man 9 screen from last week was a filthy, ugly lie, but of course the game itself isn’t. I was talking last night to our overlord Sam Kennedy about how my ideal version MM9 would be an old-school sprite-based game developed by Inticreates, they who were responsible for the Zero and ZX games and curiously have nothing known in the works… but that I figured Capcom would probably farm it out to Backbone for a half-hearted 2.5D snoozefest. But no! According to this thread at (urk) GAF, the new Nintendo Power has a first look at MM9… an old-school sprite-based game developed by Inticreates.

So, between this and my causing the announcement of Wario Land: Shake It, I appear to be on a roll! Any requests? Remember, I prefer to use my powers for good, not evil. So no requesting Xenogears 2 — oh, wait, I said I’d stop doing that. 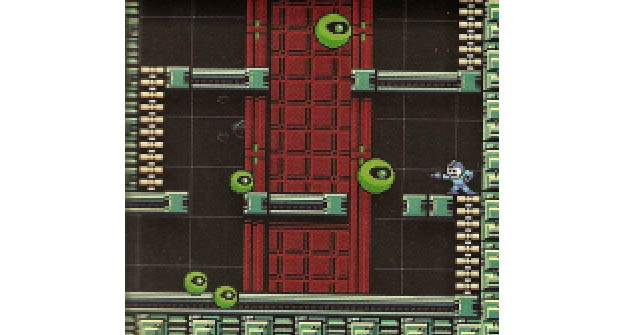 Edit: Scans are up at Rockman Perfect Memories. Totally illicit scans that as someone in the press should offend me, but um… Mega Man 9! Looking all 8-bit, too, which is good because the added resolution and animation of Mega Man 7 and later ruined the feel of the series.

So, next up, Chrono Break, perhaps?

Edit edit: In case you were wondering, Inticreates totally has 8-bit cred, as you can see from this rad Mega Man ZX Advent minigame: