Pauly Shore would be jealous

I’m gonna be pretty sad if I ever have to move away from San Francisco. It’s such a great place to live, not least of all because the city is a sort of self-regulating organism — a naturally temperature-controlled environment to put the Bio-Dome to shame. Case in point, the city toiled under an unusually scorching 90-degrees-plus heat wave last week. (For some reason, 95º Fahrenheit feels much hotter here than it ever did in Texas — maybe because no one owns air conditioning?) And then… the fog arrived. 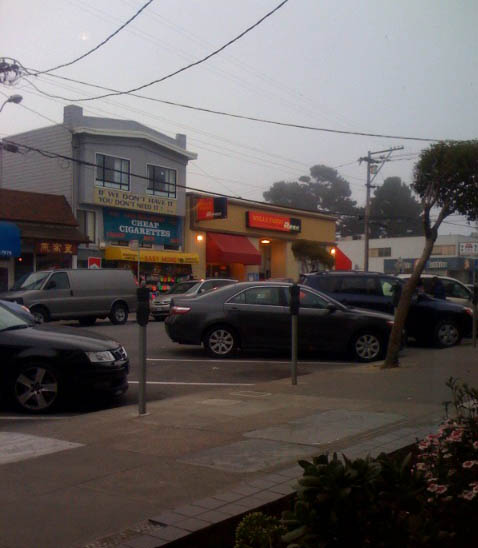 I’m sure I’ve blogged about this before, but the way the city cools itself automatically once the temperature climbs high enough never ceases to amaze me. Since the fog hit, it’s been cool and overcast with highs in the 70s and lows about 50 degrees lower than last week’s peak high. I’m pretty sure that when they designed this city, they built it with me in mind.

10 thoughts on “Pauly Shore would be jealous”