I’m still working my way through Final Fantasy IV — I’ve made it as far as the Tower of Zot — and I have come to a realization: 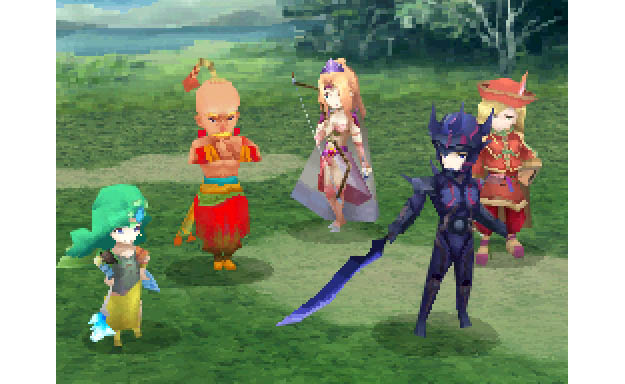 When you see a victory pose in this game, it is because you have bloody well earned it.

The original U.S. release of this game was a sort of brain-dead dumbing down of the Japanese version, but the DS remake is exactly the opposite: I would say its difficulty over the SFC original version is roughly equivalent to how much easier the U.S. Final Fantasy II was. In my first battle in Zot, the bad guys managed to kill off my fully rested and healed party in two moves. That’s not two rounds — two moves. And it wasn’t the first time I’ve stepped into a new territory only to be wiped out within seconds. I’m starting to wonder if this game has some sort of counter that tracks whether or not you’ve ever been to a given dungeon or map region, and if not promptly grinds you to paste.

Seriously, though, wow. I’ve been on a masochistic RPG kick this year with the likes of Shiren and the Etrian Odysseys, but FFIV is making me question my will to live.

25 thoughts on “Farewell my easytype”