So hey, I’m in New York City at the moment. The city greeted me with open arms, which is unfortunate because they were the arms of a cabbie with horrendous body odor. Seriously, I snapped this picture in the Midtown Tunnel. That’s not motion blur, it’s lens crazing from the physical potency of the stench: 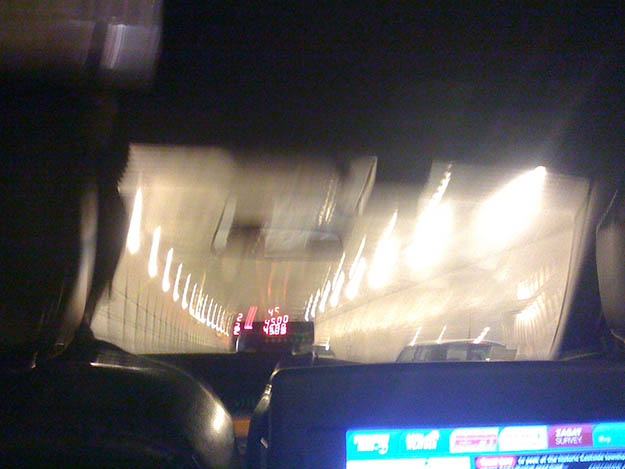 I guess the rising cost of gas precludes certain luxuries for people who make their living by driving. Luxuries like deodorant. But that’s OK — my rising gorge very nearly left him with an exciting new smell to commingle with the foetor of his cab.

12 thoughts on “The welcoming committee”