Last night we went to a new-ish crawfish restaurant in the neighborhood. A shop that sells nothing but bags of steamed, New Orleans-style crustaceans is a really strange fit in this Chinese-dominated area — everyone else along the streets sells Asian cuisine and nothin’ but. Yet the girlfriend loves food with a high investment of effort for little reward, and few things fit this definition better than crawfish. Me, I’m obsessively fastidious and hate eating food with my bare hands, so ripping apart what amount to giant, dead, ocean-borne insects to get at the tiny amount of edible flesh inside doesn’t have much appeal for me. But I endured, because sometimes being a good companion requires greasy savagery.

Unfortunately, I didn’t count on the lingering smell. I have terrible eyesight and lousy hearing, but my nose is a refined and highly-sensitive organ. And the smell of the crawfish and the spicy fluids in which they were boiled to dead won’t go away. I feel like Lady Macbeth, scrubbing at my hands until they stop reeking of garlic and the gulf. Unfortunately, there’s no sympathy on the home front; the girlfriend is convinced the lingering odors are just in my imagination, and when I complained of being “wreathed in a nimbus of crawfish-stench” her response was to make fun of me for saying “wreathed in a nimbus of crawfish-stench.” Yeah, great. Helpful.

I guess the lesson here is: always engage in your feral primality with the aid of a fork, or chopsticks. 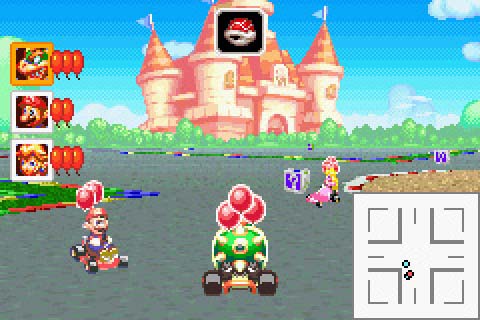 Since I’ve been playing a certain upcoming game recently, I dredged up some old thing I wrote about one of its predecessors and gave it the spit-and-polish GameSpite treatment. Which is to say minor formatting tweaks, but no content adjustments… mainly because my opinion on this topic has matured rather a lot in the past seven years (holy crap seven years) and I’d have to completely rewrite the stupid thing to reflect my current point of view, which involves Super Circuit being awfully tepid. Man, all those first-year GBA games seemed a lot better at the time. (Except Wario Land 4. It’s still awesome, in fact.) So, please regard it as a relic of my young, ignorant self… whose writing was filled with far more cleverness than my current, miserable verbal vomit. Seriously, phrases like “head-mounted eggplant” make me miss my former wit and intelligence.

Also, with regard to the last post: Apparently every method of monetizing a site is either unfeasible or unpalatable, but I may try adding a donation button to the site soon — something which would also allow the site’s contributor’s to reap some benefits as well. We shall see! Also, I managed to dig up a fairly cheap copy of Dragon Crystal for Master System on eBay, so that is one down. And someone offered up a copy of Time Stalkers, so that is two. I shall save up for the rest, and someday we shall have a grand and glorious roguelikes gallery.