Shibuya appears to have changed in small ways since September. Very, very small. Some things remain the same, i.e. it’s really hard to find a public restroom, which is bad news when you’ve had four hours of sleep in the past 48 hours and are fueled almost entirely by tons of canned coffee. But I noticed a few new sites along Center-gai: 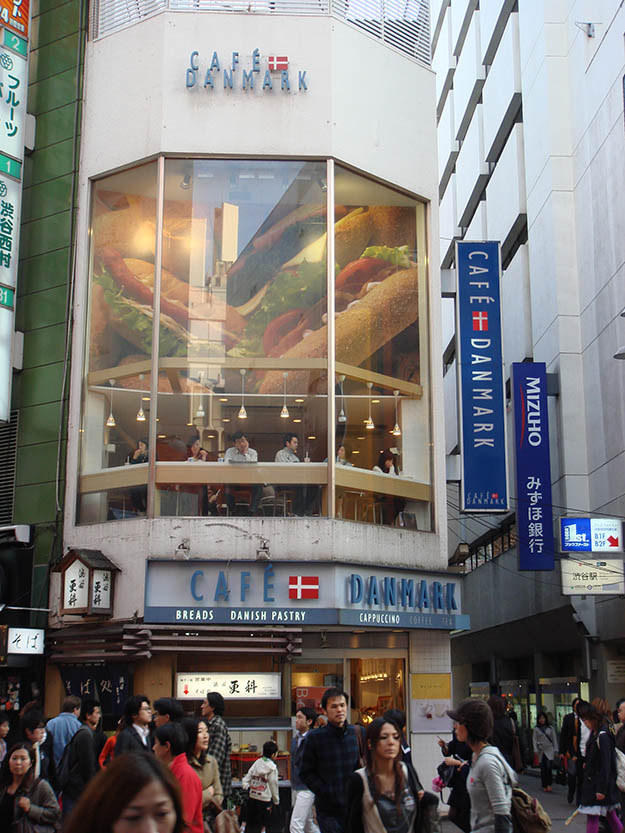 Has anyone let the Danish consulate know about this? I can’t decide whether Cafe Danmark is a well-intended but ultimately botched attempt at tribute to the nation that brought the world the cream cheesiest pastries ever, or a strange case of slightly changing a proper noun to avoid trademark infringement. I’m pretty sure the copy protection on Denmark(TM) has been up for years, though. 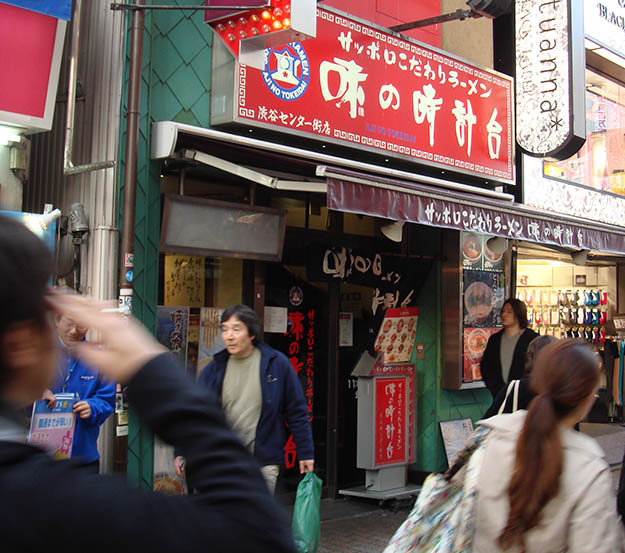 Meanwhile, fricking awesome curry joint Little Spoon has been replaced by a craptacular-looking ramen joint. That kills like half my reasons to ever come back to this country right there.

I’ve uploaded real photos to my Flickr account, if for some reason you want to see pictures of today’s tourist gauntlet. Which I really think would be of no interest to anyone but the parties involved. Said gauntlet consisted of arriving at dawn at the Tsukiji fish market to eat the best sushi on earth — seriously, this stuff was alive a few hours before we consumed it (and in one case, a few seconds) and it’s really impossible to appreciate just how big a difference that much freshness makes until you experience it. It was quite a breakfast. Uh, also, we went to Ginza and Shibuya, but only after wandering the fish and vegetable market. So don’t click if severed fish bits bother you. Dead tuna heads everywhere.

11 thoughts on “New sights in Shibuya”