Hey, look, another Crisis Core preview. This one’s about the power of friendship.

OK, not really. But I will say that Crisis Core has been my second biggest surprise of the year so far. I honestly expected another Dirge of Cerberus, but in fact it’s not. Which is good. It’s not gonna win any award for deepest game of the year, but it’s a gol-dang quality portable game, and the writing is handled with a lot more restraint than you’d expect from anything associated with Final Fantasy VII. 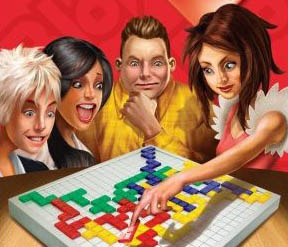 In other news, Majesco sent me a copy of Blokus Portable today, but I’m a good guy and decided to pay money for my own copy. Partly because I don’t like to take freebies (it creates that stink of compromised integrity), but mostly in a vain hope that success on this front means the gorgeous-looking Steambot Chronicles 2 will make its way overseas.1 And let’s face it, with that cover art I’m actually the only person in the world who’s going to pay money for this game. It’s sad, but I like Steambot Chronicles so much that I’ll still shell out for a spin-off even after seeing the cast transformed into (from left:) Feyd-Rautha, Monica Lewinsky, Jack Tretton and Aerith Gainsborough (Songstress Dress Sphere version).

However, that doesn’t mean I wouldn’t like to throttle the person who greenlighted this. They could use a good near-death experience, honestly. Force a sense of perspective into their life.

1 Though after this affront, hopefully not courtesy of Majesco.

13 thoughts on “Cores in crisis”