So, ah, my guilt got the best of me. After wondering aloud whether I should have done the import portion of New Game+ on 1UP instead of here, my soul started nagging me until I revisited it in a somewhat more professional manner. The emphasis in this alternate version is more on slightly sincere write-ups and analyzing the games’ prospects to make it stateside. The formatting is hideous, but that’ll be sorted out in future weeks. I guess. 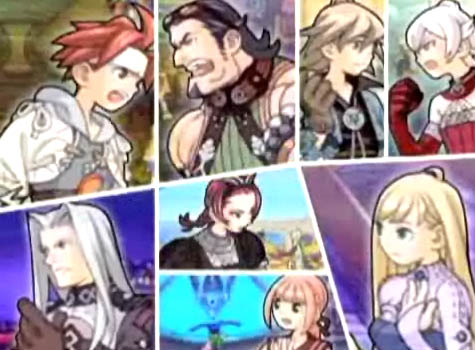 I actually learned a few things, though. For instance, I had assumed Sony’s My Stylist was simply a sort of pocket guide to grooming or how to tell if your skin tone is an autumn or whatever, but no. It’s actually so much more awesome. Instead, the game (well, “game”) contains a camera attachment and works by making the player (“player”) snap photos of items in his or her wardrobe. Then it tells you whether or not they match.

I think I made Sharkey’s day when I asked him if he’d preview it.

Anyway, a new Retronauts is due in a few hours. I say this a lot, so people probably don’t believe me anymore, but this one’s really kind of a mess. I’m telling you now so you can take the Retronauts feed out of your RSS aggregator and keep yourself safe.

Also, a few days ago I linked to a site that had a big photo post on Etrian Odyssey II‘s warm reception in Akihabara (and the game ended up moving nearly 70,000 copies in a week, which is kind of mind-blowing given what a hardcore niche kind of gamer it is designed for). That post was fine, but I would like to recommend that you never, ever go back there, because after further examination it appears that an innocent post about retro RPGs is sort of atypical for them. Based on their front page, it appears they’re much more interested in moé hentai comics and posting images of plastic figurines depicting bound, naked, underaged girls crapping on themselves. Is it my imagination, or has Japanese nerd culture begun developing some really alarming little niches over the past couple of years?

14 thoughts on “East side story”