I wish you wouldn’t say that 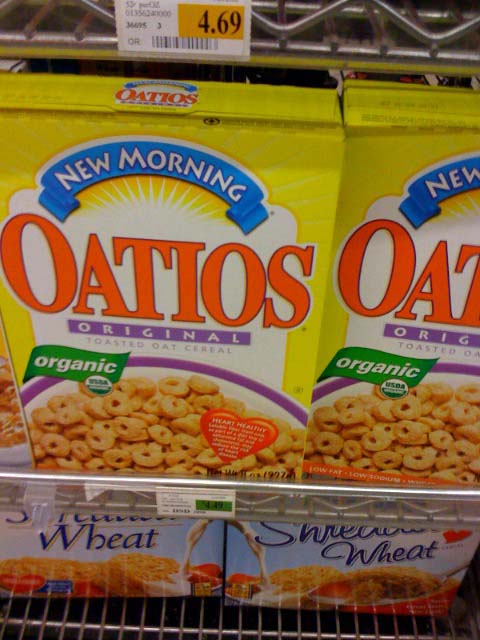 Congratulations on a clever name for your off-brand Cheeri-Os rip-off, but is that really the message you want to be sending with something you’re marketing as health food?

Also, I have reviewed Professor Layton and the Curious Village. (If 1UP’s acting weird, try again later — they’re doing some server upgrade testing, which is great news for what should be obvious reasons.) Please ignore the number on the review, it’s just one of those formalities we have to do; in fact, I didn’t even give it a number. I put a letter on it, but we’re in a weird interim period during which we’re doing the (so very welcome) transition to letters for EGM and GFW, but as their new issues haven’t arrived we’re temporarily sticking with numbers on the site. The point of the review is this: Professor Layton is a game that everyone should play.

Unlike its upcoming Adults Only-rated sequel, Professor Layton and the Bi-Curious Village.

17 thoughts on “I wish you wouldn’t say that”