It is quite a relief to be done with that “my favorite seven games of 2007” endeavor, since as with everything I do I bit off more than I could comfortably chew and committed myself to something that probably should have been done much more concisely.

(For those who missed them somehow, here are the links from seven to one: Odin Sphere, Halo 3, Super Mario Galaxy, BioShock, Mass Effect, Etrian Odyssey and Crackdown. Oh, and the games that didn’t quite make the list for whatever reason.)

It was an interesting project regardless, simply because of the reactions it prompted: people telling me off for stressing that it was a list of my favorite games of the year rather than the “best.” People telling me off for liking different games than they did — I even received a lengthy and rather heated screed by email talking about how disappointing it was to see that I enjoyed Crackdown more than Earth Defense Force 2017. And, of course, the bizarre attempts to marginalize my personal opinions through strawman arguments and bizarre generalizations.

Ultimately all of this simply adds up to mean “people get angry when you have an opinion on the Internet,” even when you take pains to state that, yes, it’s just one person’s opinion. Which we already knew. I guess I just haven’t had enough verbal abuse, though, because it occurred to me that maybe it would be good to leaven the sweetness of my seven-part love sonnet to 2007 with a quick glance at the things that disappointed me most last year.

3. Games rushed for the holidays 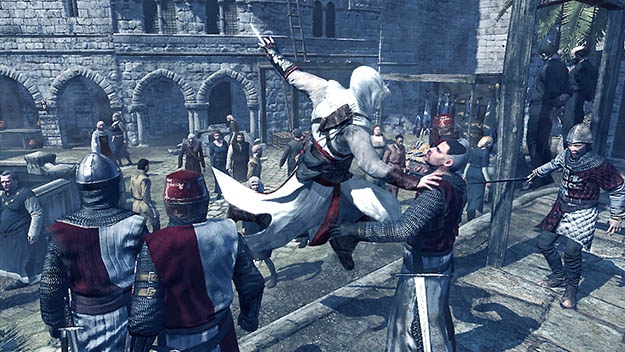 Yeah, the image there is from Assassin’s Creed, but only because I’ve just finished it and it’s freshest in my mind. A quick survey of reviews from the end of the year will reveal plenty of games for which the general consensus is that they needed a bit more time to come together. But most publishers don’t care so much about polish or the delicate sensibilities of their developers or even the end-user experience — they have stockholders to appease, and nothing makes a stockholder crankier than falling revenue because a big Q4 release slipped into the next year. So we end up with games like Kane & Lynch, or Creed — games that could have been real gems for 2008 but ended up marred by massive flaws because they were pushed out the door for 2007. Even Mass Effect, which I thoroughly enjoyed, could have stood another few months of spit-shine to smooth out those framerates and physics glitches and audio irregularities.

Fortunately, this trend actually seems to be on the wane — tons of titles were pushed back to this year, from Metal Gear Solid 4 and Smash Bros. to lesser games like Army of Two. So maybe there’s hope?

2. Novelty stretched beyond the breaking point 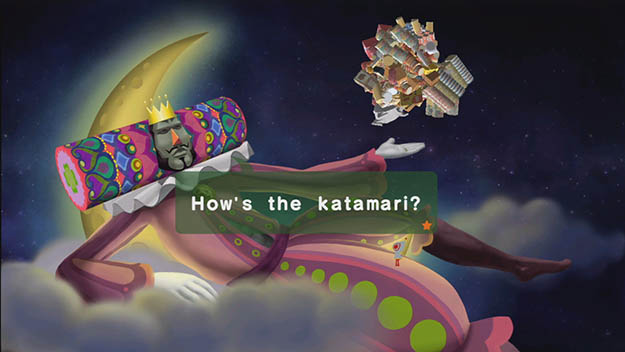 I’ve mentioned this before, but the fact that I’m sick of Katamari Damacy breaks my tiny heart. How does something go from being the freshest, quirkiest, most original thing to hit the scene in ages to a stale, tired, unimaginative rehash in just three short years? The answer: poor publisher stewardship. Creativity and innovation are precious assets, but they can be spent quickly. Namco Bandai has burned through the Katamari series’ capital by ignoring what made the original so appealing — the fact that it was totally unlike anything else — and by returning time and again to a simple gameplay concept without adding anything substantial to freshen it up. To make it worse, the PSP and Xbox 360 versions play worse than the PS2 entries.

Certainly Beautiful Katamari isn’t the only offender. WarioWare blew my mind in 2003; and while the Wii version was certainly competently made, I had to struggle to finish the game for my review. It all felt so predictable and hackneyed. Cooking Mama seems likely to be the next victim — it’s become Majesco’s golden goose, the unexpected sleeper hit that rescued the company from insolvency, and I dread the inevitable annual updates for both Wii and DS (and who knows what else), each progressively less interesting than the next. Sigh. 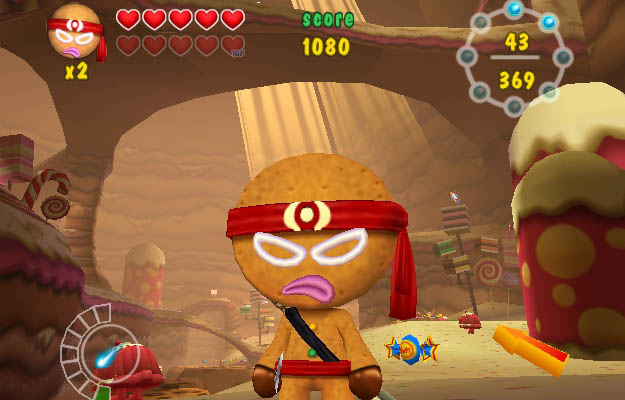 Yeah, Nintendo Wii disappointed me more than anything else in 2007. No, this isn’t about the system being underpowered, and it’s not some reactionary freakout about casual games killing the industry. On the contrary, I think those are actually two of the system’s strongest selling points: it caters to a different crowd than usual, and it demonstrates quite decisively that sheer graphical prowess isn’t necessary for good gaming. I’ll take Mario Galaxy over Gears of War any ol’ day, thanks. I’ve been an advocate of Nintendo’s outside-the-box approach since I took home my first DS in 2004 and watched my elementary school-aged cousins take immediately to it in a way they never had with any other gaming system. Wii has the opportunity to shake up gaming and force everyone to rethink what the medium is all about. And it’s doing that, to a degree. But….

I guess it’s Nintendo I’m disappointed in, not the Wii. The company has an amazing opportunity to revolutionize gaming (hence the system’s code-name!), and it’s doing a great job with its first-party content — games that give us new (and often better) ways to approach old genres, and games that ignore genre conventions to give us entirely new experiences. But look beyond the first-party content and the Wii landscape is bleak. Worse than it was on N64. Worse than on GameCube. At least with GameCube Nintendo made an effort to court big-name exclusives like Resident Evil 4. This time around it’s clear they don’t even care to try, and the resulting third-party content is overwhelmingly bargain-bin trash. Here’s a system that, by the numbers, has twice the horsepower of GameCube — yet inexplicably most games for the system look worse than low-budget Dreamcast software. And play much, much worse.

It didn’t have to be like that; the fact that Wii is an inexpensive system to develop for should have made it a safe harbor for small developers who can’t really afford to spend the money to create a high-quality HD title. But no, they’re mostly sticking with PlayStation 2, probably because it has a massive existing userbase (and no hardware shortages). Meanwhile, the opportunists see lots of hype for Wii, lots of inexperienced buyers flocking to the system, and Nintendo’s policy of letting publishers ship anything for the system regardless of quality. Dollar signs appear in their eyes: here’s a perfect opportunity to churn out crap that Sony’s approvals department would have nixed for PS2, taking advantage of consumers who don’t have a clue for how to go about shopping for good games, raking in tons of quick cash. Nintendo’s official line is that consumers will sort it out on their own — a typically glib mindset from their PR wonks, and one that’s likely to be true in ways they don’t anticipate. Consumers will sort it out on their own, but chances are that they’ll do so by deciding that these video game things aren’t that fun after all and they’d rather not waste their money on them, thanks.

Meanwhile, the shovelware ships at $20-30, meaning that anyone who wants to sell a substantial, well-made game for $50 is out of luck if the box doesn’t have Mario, Pikachu or Link on it. Zak & Wiki got great reviews… and tanked. Trauma Center doesn’t seem to have done so well. And No More Heroes might do OK in the states, but Japan was so disinterested that the director reportedly sat at a table for a launch-day signing in Tokyo’s Akihabara district and no one showed up. I don’t doubt that Wii will remain hot and profitable throughout 2008… but Nintendo had a truly rare opportunity with Wii, a chance to change the ground rules for hardcore gaming even as they birthed the casual market — a chance to have real, lasting, long-term impact, like the DS has done for portable gaming. But at this point, I fear, the damage is done, and the Wii market is destined to be a dumping ground for amateurish budget games. Nintendo’s stunning first-party games will be king of the hill as always, but that’s cold comfort when the hill turns out to be a heap of trash.

I had hoped for better.

(Dishonorable mention: The final boss of Metroid Prime 3, which took one of gaming’s most memorable villains and turned her into one of those generic “spin around the room” bosses that you’ve seen in a dozen crappy 3D platformers. I still haven’t finished MP3, actually, because I reached that last boss and was so disheartened by what they had done to Mother Brain that I didn’t couldn’t bring myself to hit “continue” when I died. What an abysmal finale to a great trilogy.)