And the series continues, delayed now well beyond the point of irrelevance. At this point, my fourth favorite game of 2007 — BioShock — is practically retro.

What’s that, you say? I already mentioned BioShock and disqualified it from inclusion in this list because I hadn’t finished it? Well, yes, that’s true. But I did finish it in 2007, and figured my original number six title (Illustlogic, an import-only DS game that’s exactly like Picross except vastly better) wouldn’t be terribly missed if I squeezed it out in favor of Irrational’s shooter/adventure thing. Sorry, Illustlogic. I had to choose a favorite, so I chose… 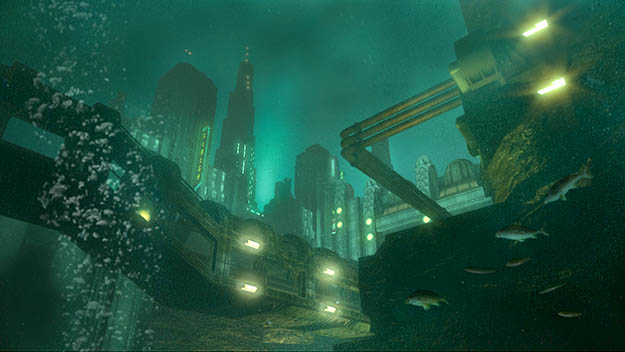 You know, it’s funny to hear that BioShock’s story was something that came together only at the end of development, something that evolved radically from its original concepts — a cult deprogrammer on an island of Nazis or some such — because it suggests that Irrational (or 2K Boston or whatever they’ve been forced to rebrand themselves as) spent most of its effort developing BioShock’s gameplay. And let’s be frank: the gameplay ain’t really that great. It’s good, no question about it. But overall the action sits uncomfortably at the intersection between pure first-person shooting, Metroid-esque exploration, PC adventuring and role-playing. It’s a little of each, but not enough of one to offer any sort of satisfying revelations or innovations.

In fact, BioShock is the furthest thing from innovative, since by all accounts it’s pretty much System Shock 2 meets The Little Mermaid — Shodan goes by another name, and you’re Under the Sea, but everything from the plot to the AI hacking is basically the same. Of course, most people haven’t played System Shock 2, myself included, so maybe it doesn’t matter. 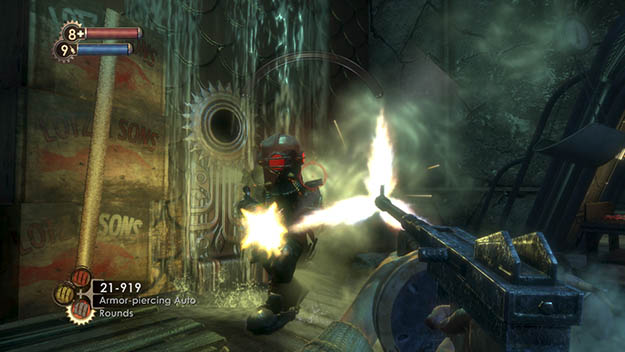 The strength of BioShock’s gameplay comes in its flexibility; in an era where most entries in the FPS genre are content to bite Halo‘s two weapons, melee and grenades design — which, admittedly, is pretty fantastic for console shooters — BioShock gives you an impressive array of weapons and skills, and the ability to customize your setup at practically any moment. This is quite different from the Metroid Prime approach, where each power-up is required to surmount specific environmental obstacles; progress through BioShock is wholly story-driven, and doors are simply locked until the game allows them to be unlocked. It’s every bit as linear as a Prime title, but you have to make actual choices about how you play rather than simply using the latest gun or bomb to beat a new palette-swapped foe before they’ll let you out of the room.

My approach was to be a stealthy super-hacker with more emphasis on defense than on offense, turning every single security camera or gun turret into my loving ally against the splicers and lurking invisibly in the shadows while Rapture’s defenses did most of my work for me. Besides shocking foes into stunned submission, I rarely messed with offensive plasmids, preferring instead to beef up my combat efficacy through photographic research (one of the more impressive risk-reward structures in recent memory). But I could just as easily have become an elemental powerhouse, freezing enemies before shattering them with a single blow, or an invisible wrench god who earned special bonuses for unexpectedly smacking enemies in the back of the skull.

The only real limitation is the order in which plasmid power-ups are doled out — a disappointingly arbitrary process, as many of the plasmids I wanted to use didn’t show up until late in the game. Given that plasmids are similar in function to the different skill branches of an RPG and aren’t prerequisites to progress, I’d much rather have been able to specialize early on and earn advanced abilities in my preferred branch as opposed to having a bunch of unwanted low-level abilities to choose from. Even so, it’s good to be able to choose. 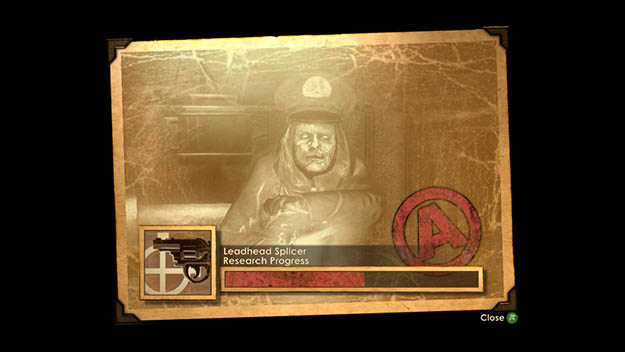 And choice, ultimately, is at the heart of BioShock. Or rather, the lack of choice — besides your power-up selections and of course the much-hyped decision over whether to harvest the Little Sisters’ ADAM or set them free, BioShock is a chokingly linear experience in which the player is goaded and guided through a series of challenges and “missions.” Just like most modern games of the FPS ilk, really — but the difference is that BioShock makes the player’s involuntary conscription a key plot point.

This is BioShock’s true victory: a compelling story built around a genre mechanic that gamers have taken for granted since Half-Life. Or, more accurately, since the original System Shock and its main competitor, Marathon. BioShock begins like any other FPS, with the player thrust immersively into a sticky situation and given instructions by a voice in his ear under the assumption that you’ll simply do as you’re told, because that’s how these games work. But as you begin to piece together the truth of Rapture (doled out in tantalizing dollops via audio diaries scattered throughout the city’s ruins), your own role in the story slowly falls into place. Ultimately, everything comes to a head in one of the single most powerful subversions of video game tropes ever crafted, with a major plot twist that comes off as boringly predictable next to the brilliant and shocking use of interactive narrative that accompanies it. 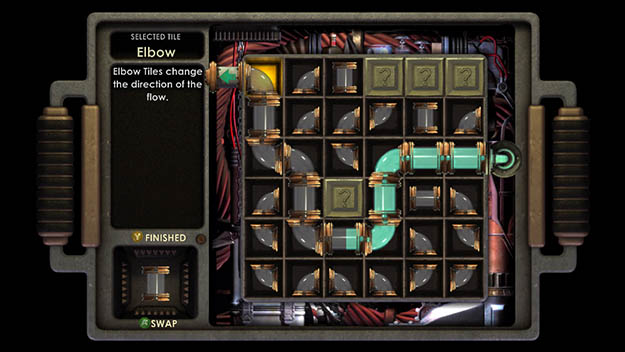 It’s at this moment that BioShock cements itself as one of the most brilliantly-conceived games in recent memory, a gripping fusion of story and action whose obedient observance of the rules of gaming makes its abandonment of those expectations all the more powerful.

And the one core narrative choice the player is allowed to make — whether to help or harvest the Little Sisters — leads into one of the most beautifully understated endings ever, a quiet minute of narration that brings closure to both the broad plot and the story’s underlying themes. (Unless, of course, you choose differently, in which case the ending is something else entirely.) In the end, BioShock’s ambitious-but-flawed gameplay and occasional moments of narrative triteness are vehicles for a series of memorable scenarios, punctuated in turn by two or three truly powerful moments… and it’s these moments that stick with you once you’re done with the adventure. It’s not the best game I’ve played lately, but it might be the most affecting. Which counts for a lot, it turns out.