You know, it’s always the little gifts that resonate the most. This year, my sister followed up on the Katamari magnets from two Christmases ago with a Cactaur button. It is, as they say, rad. I keep telling her she should make a business out of making these completely great character pins, but she has too much integrity to sell out like that. How indie! 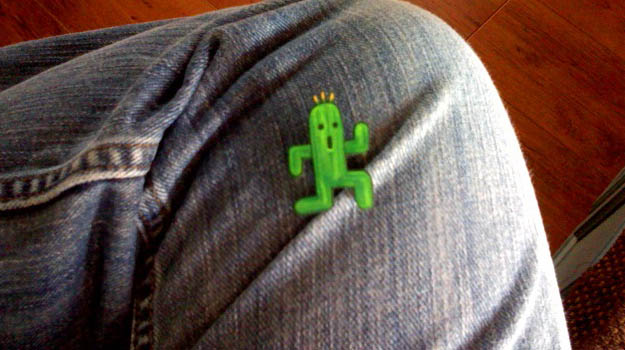 I like how my phone’s camera managed to capture everything with crystal clarity except the subject of the image. But speaking of Cactuar….

Dishonorable Mentions: Best games I played this year that weren’t from this year

Despite the glut of brilliant games released this year, some of my best experiences came from games developed quite some time ago. And not just my usual predilection for dabbling in all things retro — these games sucked me in for far too many hours. Because they’re good! So they deserve a mention, even if they’re not really 2007 titles.

Final Fantasy VI Advance | 1994
I’m not one of those people who worships at the altar of FFVI, because Square (Enix) is still perfectly capable of churning out quality Final Fantasy games, even after betraying Nintendo and upgrading Tetsuya Nomura from art monkey to grand design silverback (and all those other things that FFVI fanboys whine about). Still, the last “classic” Final Fantasy probably struck the single best balance the series ever saw between style and content, between freedom and linearity, between challenge and complete brokenness. It was the most open entry of the series until XII came along. And it’s all 2D, which means it moves at a quick pace without infuriating load times or needlessly flashy battle animation. The new GBA translation was solid, too, managing to bring the script and naming conventions to current standards without crapping all over the perfectly excellent (albeit edited for space constraints) original script. Best Final Fantasy ever? No, but pretty gol-dang great regardless.

Final Fantasy Tactics: The War of the Lions | 1998
The new translation for FF Tactics was even more welcome, since it finally allowed the intricate plot to be coherent for an English-speaking audience. Sure, you have to read all the Zodiac Brave bonus info to keep up with the machinations of pivotal characters who never actually appear in the game, but that’s no burden, really — Matsuno and crew sunk a ton of effort into the supplement content, with character bios that change over the course of the game to reflect their current status. That is precisely the kind of detail that makes the Ivalice games so good. Well, the real Ivalice games. The other new additions (characters and jobs) weren’t really necessary — they just make the game even easier to beat once you get over those initial sticking spots — but the move to a portable system was all it took to get me to play all the way through the game in Japanese and most of the way again in English. 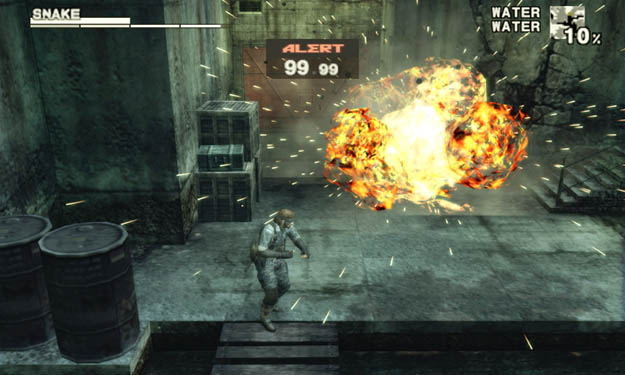 Metal Gear Solid 3: Subsistence | 2004
The first couple of hours of this game kind of… suck. But once you get past that hump and into the real meat of the mission, MGS3 is the most substantial and engrossing game ever to bear the Metal Gear name. I’d have bought it just for the showdown with The End, really. But the rest of the game is exceptional, too, so it all works out. Well, except that beginning portion. And the finale drags a bit. OK, so it’s as rocky and uneven as anything else Hideo Kojima has ever created — but while his shortcomings and excesses are on full display here, so are his brilliant flourishes and visionary ideas. It is a victory, on the balance; roll on Guns of the Patriots.

Cave Story | 2003
My addiction to Avernum V can be chalked up to two things: Mass Effect rousing my interest in western RPG design, and Cave Story serving as an inspiring example of the sheer potential inherent in independent games. I never quite took to the floaty jump physics, but everything about this game is difficult not to love: simple graphics packed with personality, an interesting story, a well-structured adventure that slowly becomes less linear and more open as you advance. Not bad for the work of a single person, really.