I’m pretty new to this Pokémon thing, as I’ve mentioned repeatedly, but I’ve decided to play a ton of the Japanese version of Diamond in preparation for my upcoming review. I’ve heard that Japanese critters can be traded with the U.S. game, so here’s hoping this isn’t a scurrilous lie and I’ll be able to import ridiculously high-level creatures and breeze through the final American game. But even if not, at least I’m learning the basics of the game!

The basics like, uh, rock-paper-scissors. I guess I have the hang of it since I managed to take down the first gym leader’s three critters in four moves total. Or maybe that’s just because I was wandering around lost from not speaking the local language for so long that my team seriously overleveled. Who knows! 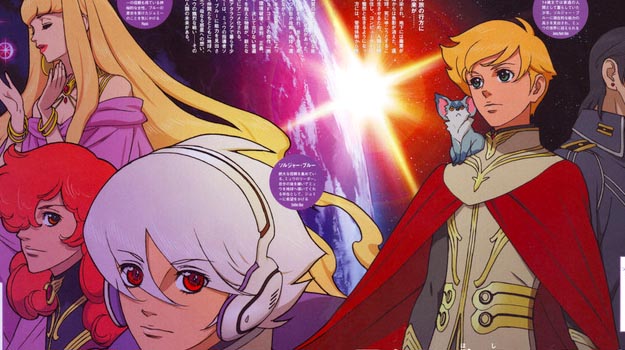 Meanwhile, why did no one tell me that To Terra… is now an anime! Or if you did tell me, why didn’t you draw more attention to yourself so that I’d notice? Honestly, what am I paying you people for?

I really hope this makes it stateside — well, provided it’s a good adaptation. Which it should be, unless they’re just trying to make me sad. The producers were certainly on the right track by getting Nobuteru Yuuki to update the character designs; his figures are a great compromise between Takemiya’s wispy ’70s-style artwork and the cleaner, more angular look required by contemporary anime.

I don’t really do the fansub thing, like, ever… but should anyone happen to come across some that happen to include To Terra…. lemme know.