Where media is anathema

So, this week? Pretty busy. Everyone here at the office is spending inordinate amounts of time over at the Moscone Center, trying to write about Game Developers Conference 2007 without being spat upon by said developers, who basically skulk about looking for an excuse to punch anyone wearing that white PRESS ribbon. We gave their work a bad review, once, and now it’s personal.

Between dodging black eyes and broken limbs, I’ve been writing. A lot! We’re supposed to keep our event write-ups brief, but. Ah ha, ha. Yeah. It’s me. I have an allergic reaction to not being thorough. But hey, whatever — it means everyone who didn’t get to see Koji Kondo’s impressive talk on interactive music in games still has a pretty good idea of what he talked about. And I’m okay with that. The Sakaguchi/Molyneux/Canadian Dude panel on RPGs was interesting in a different way, although my write-up for that comes off as pretty dry because the reasons for which it was interesting are mostly editorial in nature, and news stories ill need opinions such as those.

And then there was the Experimental Gameplay Session, which is closer to the core values of GDC than just about anything else and therefore has gone almost entirely ignored by both media and readers. Yes, we all suck. All of us. And there’s no “us” without “u.” I don’t know how you can live with yourself.

Today: Final Fantasy XII postmortem, which will probably not be very interesting at all because Square Enix is a Japanese publisher and therefore vets every last bit of information. Seriously, I hear they go over presenter speeches in advance and cross out entire lines, like a bad parody of Catch-22. Which brings to mind the only way the post-mortem could be interesting: I find myself comforting a dying Matsuno (“There, there”) as he bleeds out in my arms, and the press conference ends in comical chaos when Kawazu’s whore bursts through the door, screaming, and tries to kill me. But! Probably not. 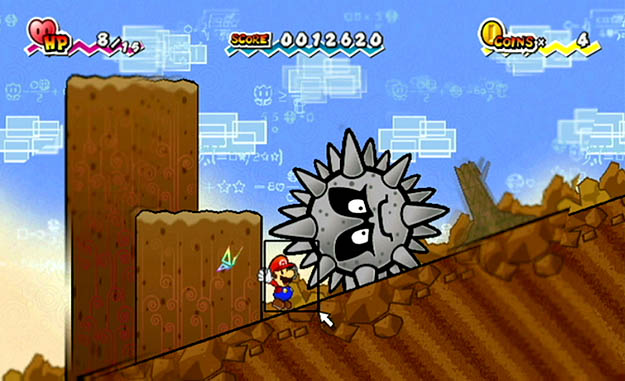 Oh, yeah, and I wrote up something on Super Paper Mario. I was a little bummed not to end up on the EGM/1UP review of the game, but in retrospect it’s probably for the best. The judges always throw out the high score anyway, and I have trouble imagining myself giving it anything less than a WOWOWOW/10. Like FFXII, it’s pretty much a game designed for my specific sensibilities: Creatively retro-styled art, fairly open-ended gameplay, classic platform jumping. And most of all, it plays hell with ingrained preconceptions about 2D gaming, something I’ve long wanted to see in a game.

Every time I get stuck in a Castlevania game and find myself staring at all the decorative doors in the background, I wonder “Why is Soma too stupid to break out of the 2D plane and go through one of those?” Every time I try to envision a game like GTA as a side-scroller, I wonder why someone doesn’t create a 2D game that allows the world to be rotated by 90-degree turns, essentially placing players on a grid that can be explored on either its x or y axes. Every time I play Klonoa and chuck an enemy into the background, I wonder why I can’t just hop over there myself. And so forth. And Super Paper Mario lets you do that, to some degree, and that makes it completely awesome. The fact that it’s probably another wonderfully solidly-made work of excellence by Intelligent Systems is pretty much gravy (the kind that’s not bad for your arteries). 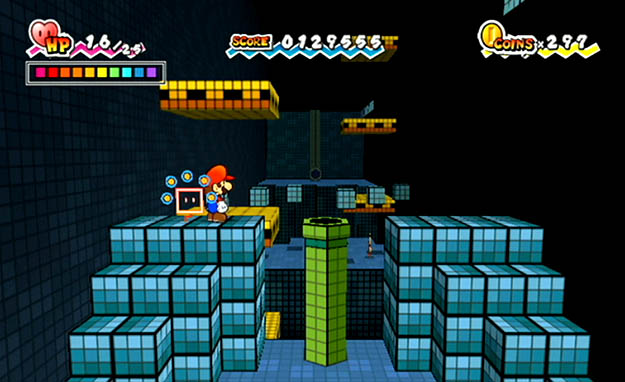 In any case, it will definitely be better than Wario: Master of Disguise! I apologize for anyone whose hopes I inspired last month when I said it wasn’t too terrible. I hadn’t played the rest of the game yet, you see. Nintendo really needs to start protecting its properties from this kind of disaster. The last thing it needs is a stable full of Sonic the Hedgehogs.

21 thoughts on “Where media is anathema”