Science Theatre, minus the Mystery

A good long 15 years after first seeing the MST3K episode “The Day the Earth Froze,” the ultimate mystery has at last been solved. I’ve discovered what a Sampo is. 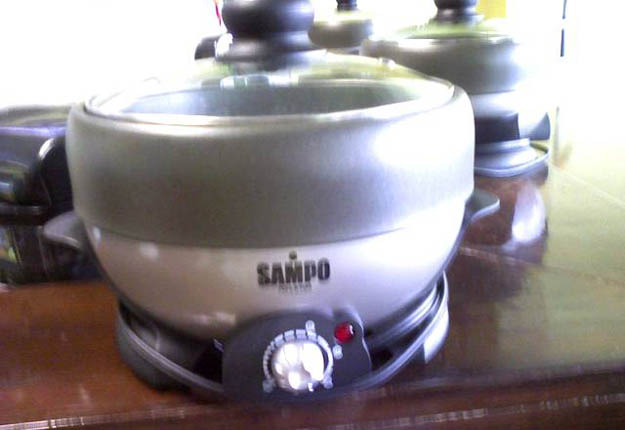 Apparently, it’s a personal shabu-shabu pot. Those frost giants may have been heartless jerks, but at least they had good taste. This would also explain why the Sampo was so highly coveted — I can’t imagine it was easy to come by Japanese cuisine in 12th century Iceland or whatever. Sorry about the image quality; I switched my phone service over to a BlackJack yesterday (since I need a smartphone and it’s clear the iPhone is going to be pretty worthless for its first rev or two) and I’m still working out the specifics of its camera.

Speaking of good taste, Marillion’s upcoming album is finally available for preorder. I know, I know, you don’t like Marillion, or you’ve never heard them, or you don’t care. But 2004’s Marbles was one of the best albums I’ve ever heard — and I will not brook dissent on this point — so there’s a 50-50 chance that Somewhere Else will be equally brilliant.

8 thoughts on “Science Theatre, minus the Mystery”