When I arrived at work today, there was a copy of Burning Crusade on my desk. That’s a little like coming home and finding a dead puppy on your doorstep. It’s horrible and disgusting and when I find the person responsible I will initiate hurting. If you hate me, just send me an unrefrigerated corpse with postage due, so I’m doubly insulted by having to pay money for receipt of a rotting person. Or man up and take the direct approach by punching me repeatedly in the kidneys, maybe? Either way, I’ll get the message. But making hostile overtures toward my free time? That I can’t forgive. 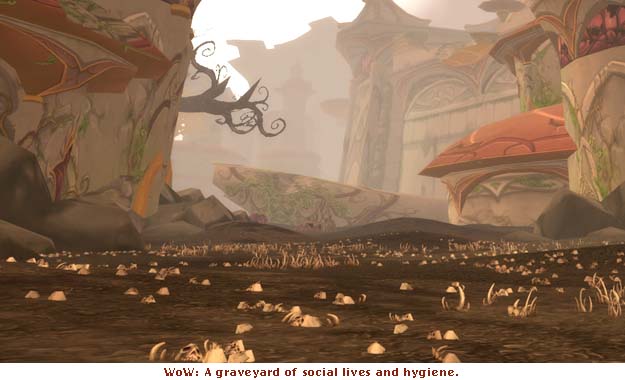 Good thing I have a high natural resistance vs. MMO. Saving throw: successful. Nice try, Blizzard, but it looks like I get to keep my girlfriend.

26 thoughts on “No Burning love”