He smiles as the puppets dance

So I guess my award to Pan’s Labyrinth for “best movie I’ve seen in 2007” has already been made obsolete, and much faster than I had really anticipated. Who knew that Children of Men would be so good? Oh, sure, everyone who’s seen it. But you know how hype is. Alas, no — this movie was the real deal. Intense, harrowing and grim, but never soulless. Between this and Pan, I think Hollywood needs to implement a new rule: Mexican directors only.

I knew Children was pretty much a lock for excellence as soon as I realized that Alfonso Cuaron had filmed a lengthy sequence entirely for me. It began with King Crimson, meandered through a look at art preservation, touched briefly on video game addiction and ended with a shot of an inflatable pig floating above the Battersea Power Station — from inside the station. 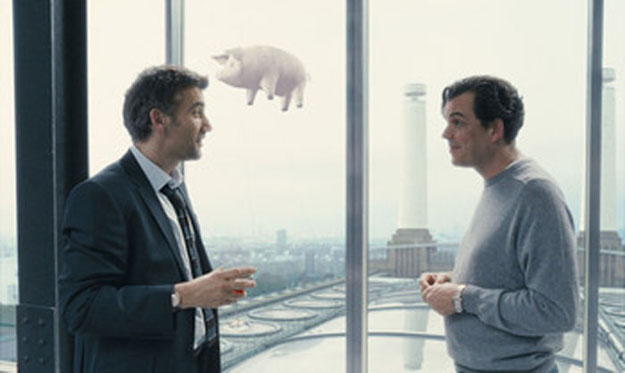 That’s what I’m talking about. FIVE STARS ***** BEST MOVIE EVER

(P.S., please do not confuse with “Children of Mana.” Huge difference.)

20 thoughts on “He smiles as the puppets dance”