So in just a few hours, the first of you lowly Internet peoples will finally be getting your very own Wii. Me, too, actually, since I’m not a freelancer — Nintendo sends the freebies to 1UP, and we are required to share. But there’s no way I’m establishing a Virtual Console account on someone else’s machine, so it’s off to wallow in midnight idiocy with my fellow frothing idiots. Oh, geek genes, the lengths you force me to go through to keep you satisfied.

Wii is a fine little system, and Zelda is a gosh-darned fine game to get with it, but my week with Wii has already introduced me to a handful of things that really hork me off about it. So please allow me to harsh your pre-launch buzz by enumerating my grievances: 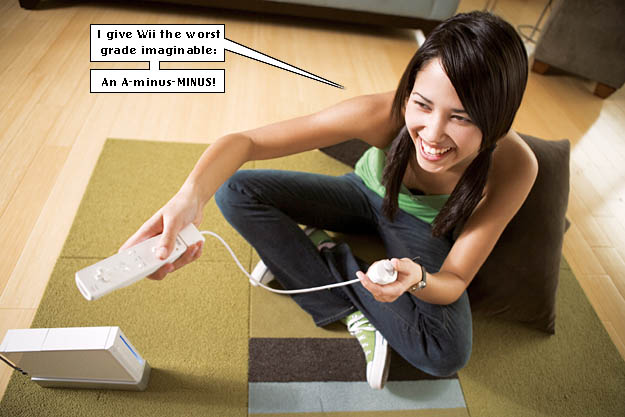 24 thoughts on “Ten five things I hate about Wii”