Wherein I complain and you take umbrage

Did I mention that I posted a new Retronauts blog to go with yesterday’s podcast? I don’t believe I did, at least not here. But somehow I suspect you sorted it out all on your own anyway. Because you’re just so very smart, aren’t you?

Review Season 2006 has well and truly descended upon us, and I’ve already lost count of how many games I have on my desk, especially since I’m dealing with both print and online publications. It’s like living in a tiny time warp, where every week I realize I have to write another thousand words (for 1UP) about something I thought I had finished up with a month prior (for EGM). It’s like Groundhog Day, except that instead of getting a second chance to win Andie MacDowell’s heart, I just get a second chance to anger frothing fantards with no sense of perspective in life to the point of homicide by putting numbers next to a few paragraphs of text. Needless to say, it’s a fulfilling lifestyle.

Despite my amazing luck in finding a job that requires excessive overtime for a well-below-the-SF-average salary lets me play videogames on the clock sometimes, I’m not always enthusiastic about the reviews process. We can chalk that up to a single culprit: 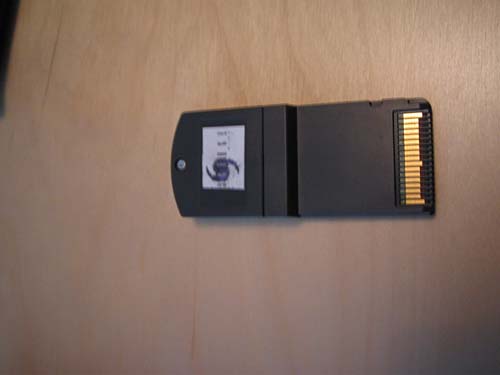 Meet the DS reviewable ROM cart. The bane of reviewers everywhere, except PC- or console-only publications, the DS reviewable ROM cart is carefully crafted to be incredibly annoying. Each cart contains somewhere between 512k and 1Gb of EEPROM, giving it a cost of about $100 per unit. And publishers have to ship one of these to every outlet that will be covering the game. Or three in the case of EGM. That makes this a very expensive proposition once you take into account all the websites and magazines that have to be addressed, so publishers tend to be very miserly in handing these out. In many cases, publishers will ship out a previewable cart and, once the previews are written, inform everyone that it was secretly the reviewable version of the game (thus halving their mailings). You can’t always count on this, though — I played through the Yoshi’s Island 2 previewable earlier this week hoping to get a jump on the review, only to discover that the boss of World 3-4 exists in a curiously glitchy world of instant death.

Which, of course, ties into the second glorious issue with DS reviewables: save files. Since saves are cart-based rather than system- or memory card-based, any progress you make in a DS review ROM is sadly lost once you mail it back. Farewell, amazing level 90 Monk in FFIII. Adieu, glorious Portrait of Ruin secret mode playthroughs. It was wonderful while it lasted, precious A-rank Elite Beat Agents file. And of course since you’re mailing these games back to the publisher, you can’t simply cheat and not actually play the games all the way through, because the save files are right there, just waiting to cause a terrible scandal once they learn you only made it three hours into that RPG you totally slammed.

By the way, this may be slightly pushing the rules, but here is an important warning for Portrait of Ruin players: do not sell the Long Sword, Thick Glasses or anything with the word “nun” in it. You’ll cry if you do. Like I did. 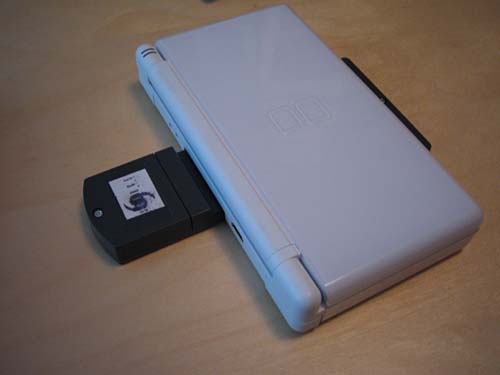 Also, these ROM cards tend to stick out rather grotesquely from a DS. And thanks to the system’s helpful spring-loaded card port, the slightest bump will send it shooting out of your system, which in turn shuts down the system and annihilates an in-progress game — a particularly handy feature when you have the system asleep while you’re in transit!

Still, these ROMs are certainly a step above the first wave of DS reviewables, which were sent out as incredibly fragile bare circuitboards. To say nothing of Nintendo’s control-freak policy of encasing their games in security lockboxes, which are dilapidated DS Phats with two pounds of steel bolted to their backs and rather resemble some sort of weapon. I flew to Seattle with one of those things (before I was aware that Nintendo freaks out if they so much as leave a publisher’s office), and let me tell you — that was a crazy fun airport security check.

Not that DS reviews are alone in being a pain in the butt. Twilight Princess has me dreading November since Nintendo has a tendency to provide us with reviewables at the last possible moment, and we’ll probably have to share a single Wii lockbox between three of us. And TP, I’m told, is the most ginormously hugetastic-est Zelda game ever. That means more fun for you the reader — you can read my review and find mirth and jollity in counting my inevitable sleep deprivation-induced typos.

Yeah, anyway, now is when you tell me that I’m a stupid jerk for having the audacity to find frustration and distress in the best job in the universe or whatever ivory tower you’ve concocted for us hapless tools of PR-by-proxy.

(Pay me no heed; this is just my annual Fall Gripe Session post. I have to get it all out before I’m too beaten down to complain. And I tried to name drop as much as possible to maximize its general offensiveness.)

21 thoughts on “Wherein I complain and you take umbrage”