The bony shoulders of a young horse named Frank West

So I’ve finally joined the HD Era — my 360’s companion, a Samsung LCD HDTV, arrived yesterday. I feel sort of guilty giving into such crass consumerism, but I haven’t had a TV of my own in more than a year. And since I’ve been gloriously debt-free for the same amount of time, I figured the world wouldn’t end if I maybe splurged a little. (Please accept my apologies in advance if the world does, in fact, end.)

As with every revolution, the HD revolution is a bloody mess full of innocent casualties. Oh, 2D games… you used to look so nice. Now Alucard is kind of grainy-looking and Samus is overly contrasty. And let’s not even discuss the prickly issue of lag. Ah well — they can take my pride, but they can’t take my emulators.

Fortunately, standard-definition DVDs look much, much better than I had expected, and actual HD-DVD content looks really nice. Besides the fact that we’ve plunged straight into the nadir of the uncanny valley, of course, and it seems unlikely we’ll ever escape. It’s going to be a long time (if ever) before developers manage to create graphics that actually make use of HD’s full potential, and by then all the plucky little companies with budgets smaller than Bolivia’s annual GDP will be dead from trying to keep up with the Kojimas and EAs.

Oddly, now that I’ve experienced HD for myself I’m incredibly happy that Nintendo is bucking the trend, even if it means their games won’t make full use of my new rig; maybe Wii developers can afford to invest in creativity rather than hiring a team of pore-and-lip-gloss artists to make their lumpy polygon people even more preposterously “realistic.” 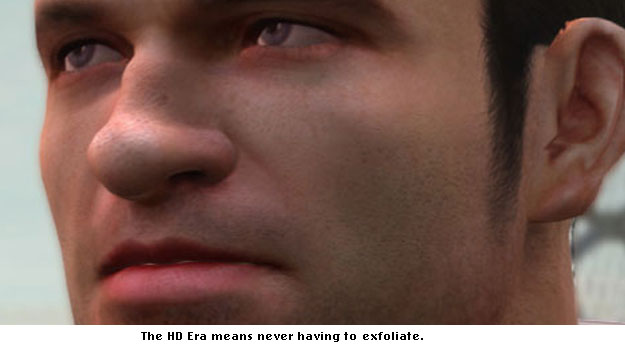 Meanwhile, at the very low-definition-est end of the spectrum, my full Deep Labyrinth review is up. And with the proper typo-free score, even. My spider-sense tells me that I’m the only reviewer on the planet who enjoyed it, much like I was the only reviewer who actually liked Nightmare of Druaga. Oh well! Kato and Mitsuda’s talents were rather squandered on the game, but it’s very much a genre affair and that is to be expected. There’s probably about a thousand fans of this particular genre out there, and knowing Atlus they’ll produce about 500 copies, so it’s sure to be a wash.