Thankfully, the site is alive after all. I’m not entirely convinced of its ability to withstand record numbers of nerds pinging the server come Wednesday, but we’ll see. The fact that it’s even running right now is like sweet, sweet kickassohol to me, because it means I didn’t come to L.A. to stare into a blank void of depression.

A lot of seemingly substantial rumors about secret games are beginning to leak from the rusty bucket that is the media. Stuff like WarioWare Wii, which is, you know, hardly surprising — seriously, as if Nintendo would say “WELP we have this neat new controller, but I don’t really see the point in putting it to use for a series of quirky microgames perfectly suited to its unique functionality!” — and stuff like a U.S. version of Ossu! Tatakae! Ouendan!, which is considerably more unexpected. Sadly, the rules of NDA mean that I can neither confirm nor deny rumors that it’s coming under the name “Elite Beat Agents” and that it’s been given entirely new scenarios and music, making it effectively a sequel to one of the best games on DS. Neither can I confirm that these theoretical new scenarios and music appear to be every bit as compelling as those in the original Japanese version of the game. 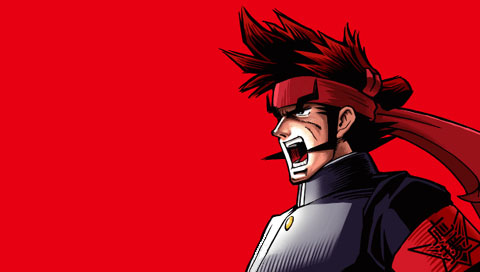 I am authorized, however, to confirm that people whining about these ostensible changes due to some innate belief that everything Japanese is inherently better are complete idiots who need to be taken out and beaten.

With bamboo rods, of course, because blunt objects of an Asian origin deliver superior beatings to American cudgels.

16 thoughts on “A narrow escape”