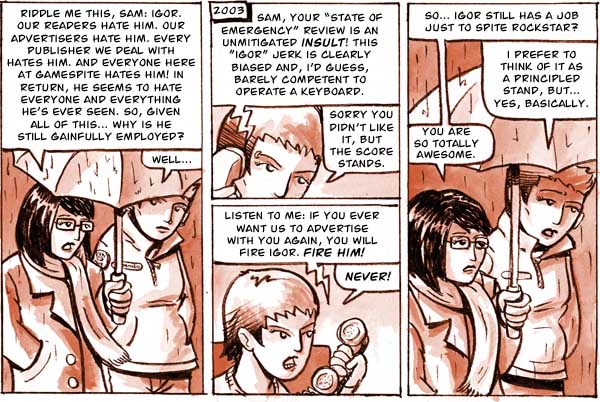 Alright, so not only is this a day late (I blame Lara Croft), not only is it more annoying insider “humor” that’s only really of interest to people who actually work in the gaming press, it’s also plagued by some really rushed, horrible art full of tortured anatomy, awkward framing and inconsistent faces (hope you like your winsome young editors-in-chief looking weirdly mannish)!

Yeah, I’d say Gamespite has run its natural lifespan. It would be nice if I could maybe come up with something that didn’t head south after half a dozen entries, but I guess I’m just more of an “ideas” guy. Man, that’s depressing.