The evil forces of the Wondercons

Since you’re probably not one for futile endeavors, I doubt you click through to the Zine page very often to check on its progress. So you probably didn’t notice that I added about 3,000 words to the tally this weekend. Unfortunately, it’s looking like 15,000 isn’t going to cover it — I still have a lot of ground to cover, and I don’t think a mere 3,500 additional words is going to do the trick. Especially since at least a third of what I’ve written so far is sidebars and footnotes. I guess we’ll see.

Anyway, I’m not allowing myself to post any more comic strips here until I’m done with the Zine text. Those of you who are eagerly awaiting the magazine you paid for long ago are undoubtedly happy about this because it means you’ll be getting what’s rightly yours fairly soon; meanwhile, everyone else is undoubtedly happy about this because it means you’re spared the agony of reading more of my amateurish comics. Really, it’s hard to think of a situation that more completely embodies the concept of “win-win.”

In tangentially-related news, I attended Wondercon this weekend. As I’m not really a fan of mainstream comic books per se (besides small press/manga graphic novels, all I read is X-Factor — and that’s only out of a tenacious, nostalgic loyalty for Peter David’s previous run on the title) I felt a little out of sorts. But I do feel it was an appropriately-named convention, as I frequently found myself wondering many things. Like:

Out-of-sorts as I may have felt, it was still worth the effort, since I bought an absolutely amazing poster. 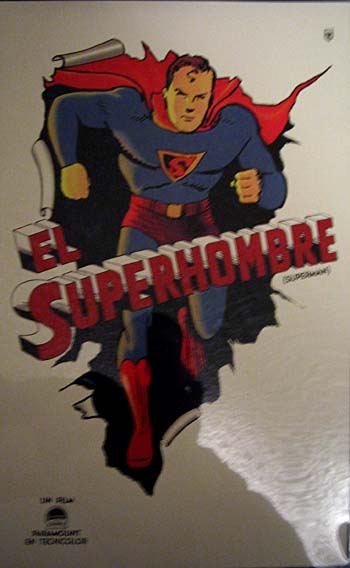 Also, I discovered that if you’re wearing a press badge, people will give you free stuff… even if you tell them not to. I wish I were more unscrupulous so I could really take advantage of this amazing cosmic power confered upon me by lucking into a cool job.

12 thoughts on “The evil forces of the Wondercons”