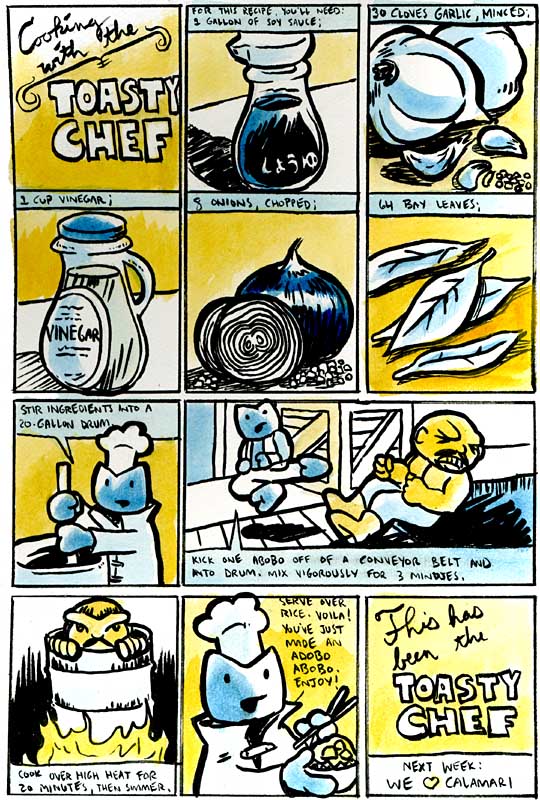 Hello, it’s another experiment. You can tell because it’s number -2 rather than number 2. I managed to find an impermeable brush pen, which is good! But I’m not used to the dynamics of the tip, so that’s bad. The inking in general kinda sucks but the lettering is particularly egregious. Sorry. I promise never to use cursive again in public.

This whole thing was sort of a lot of effort to go through for a single dumb joke. But on the plus side, I think the ink washes (intended to make it look like a two-tone 1950s cookbook/pamphlet) came out nicely. So I guess that’s a tiny victory.

Next time: I am not entirely certain there will be a next time.