The Jack Bauer Power Hour highlights the week's TV releases and is a significant enough title to prompt the return of the TV On DVD section. Personally, though, I found myself really bored half-way through this season and stopped watching the new episodes as they piled up on my DVR. Eventually, they all ended up recorded over with new shows and soccer matches. I've been told that things improve significantly toward the end of the season, so I'll give it another try on home video. 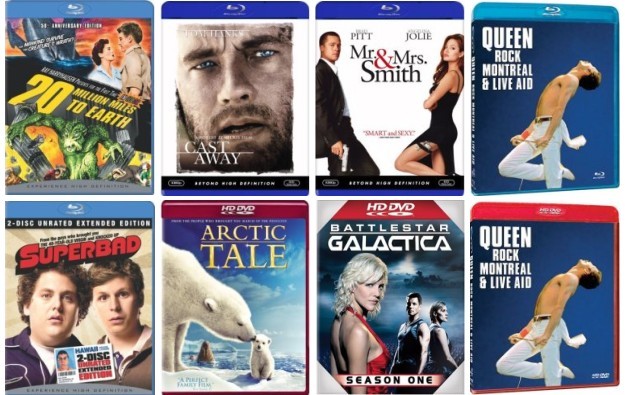 Another fairly light week on the high-definition formats. Mr. and Mrs. Smith was an above average action-film, which isn't surprising since it was directed by Doug Liman, who also directed Swingers, Go, and The Bourne Identity.

Of course, the real treat this week is on HD-DVD, and it's ''Battlestar Galactica: Season One". A fantastic show, and HD is an ideal way to experience its many pleasures. 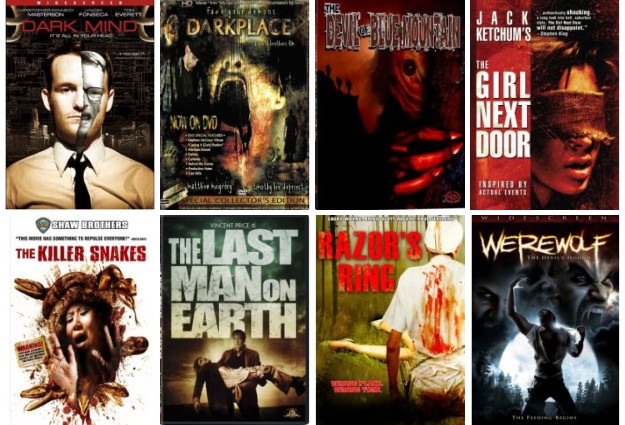 A few weeks ago, Omega Man, a film version of Richard Matheson's novella I Am Legend starring Charleton Heston was released on DVD. This week, we get the Vincent Price version, The Last Man on Earth. Read the novella and watch both of these so you are completely prepared to complain about the Will Smith version once it's released in theaters later this year. I for one will give the film a complete pass if he tells one of the zombies "Welcome to Erf" before he punches 'em.

This Week on the Podcast

Big news, everyone! The column you've all grown to tolerate is now a podcast you won't be able to stand listening to! Seriously, I've been told I have a very soothing voice, so make the new weekly Add to Queue: Podcast Edition a part of your nightly routine.

Feedback is the cap which keeps the soda of Add To Queue from spilling all over the newly mopped floor. The maid at Add to Queue HQ has the week off, so this is a good thing. This week's topic of discussion: Summer 2007, Bust? We did get a great Harry Potter movie and a mediocre Die Hard sequel, not to mention Stardust. We also suffered through Transformers. How would you assess it, now that most of the big summer movies are on DVD?

Cover art courtesy of Amazon, where you can purchase any of these titles. Rent all of the movies covered in the column online at Netflix. We recommend waiting until the format war is over before investing in an HD player, but if you have to do it right away our money is on Blu-ray. Be sure to PM the author via the forums if you have any suggestions for the column. I don't want you to be the guy in the PG-13 movie everyone's *really* hoping makes it happen. I want you to be like the guy in the rated R movie, you know, the guy you're not sure whether or not you like yet. You're not sure where he's coming from. Okay? You're a bad man. You're a bad man, Mikey. You're a bad man, bad man. Thanks for reading!