I really like that one episode of Wonder Woman where she gets tied up. So the entire box, really. 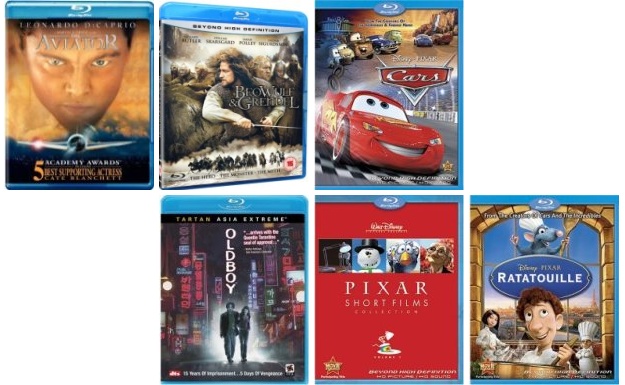 Many multi-film box sets are being released in anticipation of the holiday shopping season, but since they are simply repackaged from previously released discs I've skipped including them. Also, the new batch of films reveals that CG animation looks really, really great in high-def. I feel bad for the folks who bought the cheap HD DVD players at Wal-Mart last weekend, because while I'm going to be gorging on Pixar this week, they'll be watching...

Chuck and Larry! And while a sub-$100 HD DVD player might result in a huge market shift towards that format, for this week at least Blu-ray still has my vote. Of course, smart folks are avoiding both formats all together until the big media companies get their stuff together. Which might actually be forever! 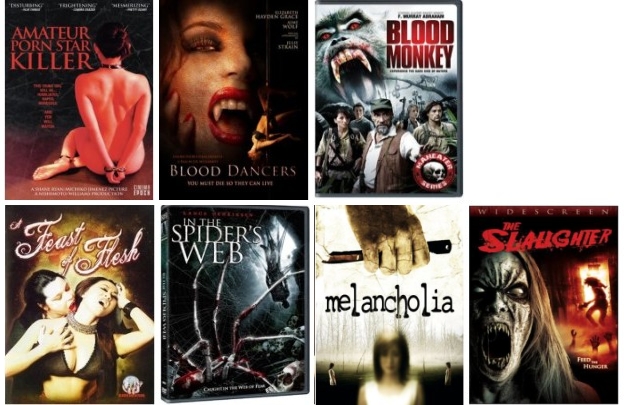 So, I guess you guys noticed that I've decided to continue the horror call-outs, despite the holiday that inspired this section having passed. Seriously, collecting and displaying these mostly-awful images is some of the most fun I have doing this work.

What do you guys think? Should I keep calling out horror in it's own section? Is there a better animated film in the last ten years than Ratatouille? Discuss these topics and more on the official thread in the forum!

Save a Life: Adopt a Homeless Pet

This week's column is dedicated to all the rescue organizations out there finding homes for homeless rats. Northern California pet lovers can find rescued rats here. Rats make great pets. Support rat rescue organizations in your area! The Google machine should help you find one in your region if you're interested.

Prepared with the assistance of The Digital Bits, a wonderfully comprehensive home media site, and cover art courtesy of Amazon, where you can purchase any of these titles. Rent all of the movies covered in the column online at Netflix. We recommend waiting until the format war is over before investing in an HD player, but if you have to do it right away our money is on Blu-ray. Be sure to PM the author via the forums if you have any suggestions for the column. I am not resurrected through my own power. I am resurrected through human desires. For power, they steal. And power becomes the only justice. Thanks for reading!