Media | DVD Releases | August 28, 2007: Welcome to this weeks US home video releases, prepared with the assistance of The Digital Bits and cover art courtesy of Amazon. 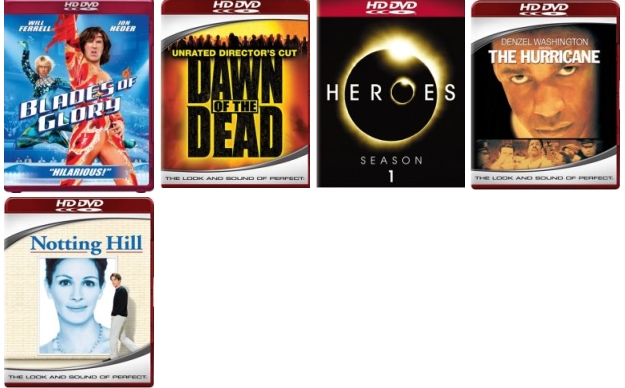 Lots of HD DVD to chew over this week. The highlight is obviously Heroes, as the only other release that looks to take real advantage of the format's strengths is the lame remake of Dawn of the Dead.

Where's Blu-ray? MIA this week. Scheduled for release this week but canceled at the last minute was the Blu-ray version of Blades of Glory, however Paramount decided that taking $150 million in payola to go HD DVD exclusive was more important than releasing their films on both high-definition formats and serving the maximum number of customers. Their 18 month exclusivity deal will only prolong this insipid format war, and the longer it goes on the more likely it becomes that both formats will ultimately fail. I honestly don't care which format wins, and while this columnist is currently in the Blu-ray camp, I think it's in the best interest of all the studios to get behind a single, unified format to eliminate consumer confusion and really begin the transition to the high-definition era.

Discuss all the week's new releases on the forum!