Media | Anime Releases | December 11th, 2007: This week is Harry Potter week, apparently, so the selection of new anime was a bit iffy in order to leave the market clear for everyone's favorite emo wizard. Release data courtesy of The Digital Bits and cover art courtesy of Amazon. 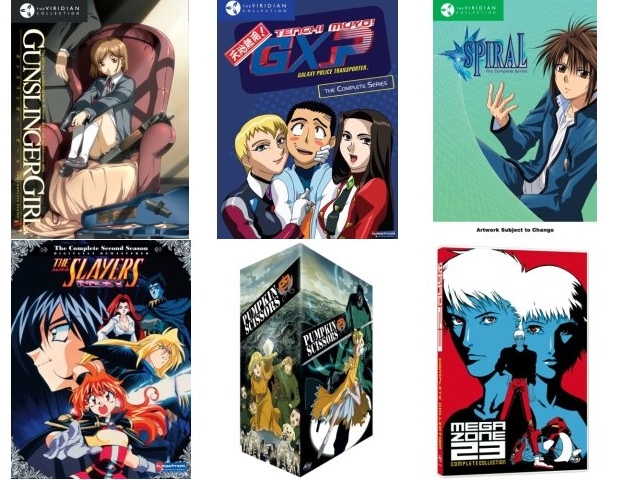 Its another decent week for collections, at least in terms of quantity. The only useless swag edition on offer is for the second volume of Pumpkin Scissors. Meanwhile, no less than five regular collections debuting: Megazone 23 Complete, Tenchi Muyo: GXP Complete, Spiral Viridian Collection Complete, Gunslinger Girl Viridian Collection Complete, and Slayers Next Complete. Megazone, Spiral, and Gunslinger Girl are all worth rentals, and if you like parodies of the fantasy genre, you can hardly go wrong with (the slightly dated) Slayers either.

The Hall of Shame: Voltron Vol. 5

Its a slim week, but it could have been worse. My colleague handling the regular DVD column is likely having the week from hell in his column though. Things will likely pick up in the final run towards Christmas, though hopefully there wont be a glut of crappy Christmas titles. One can only hope. Discuss it on the Forums!