Media | Anime Releases | December 4th, 2007: This week's forecast calls for a ginormous pile of good and not-so-good. As a brief reminder, this is a highlights column, and as it is prepared beforehand any and all release dates may change. Or not. Assembled with the help of The Digital Bits and cover art courtesy of Amazon. 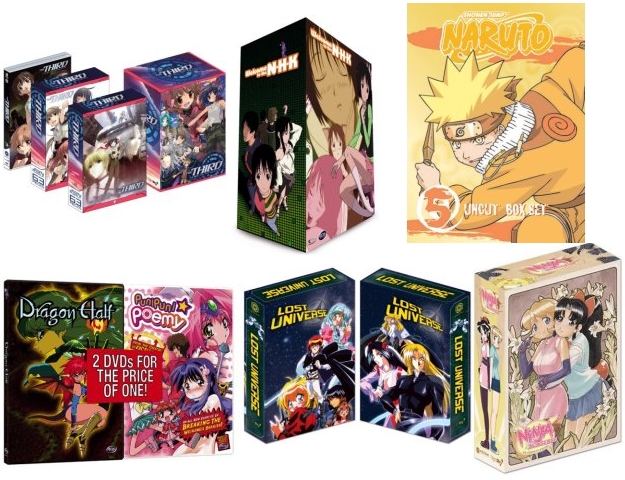 Not a bad week for collections, although a great deal of it is borderline-questionable. Welcome to the N.H.K.s second volume comes in an unnecessary swag edition, as do Naruto Uncut Vol. 5 and The Third Vol. 3. We have a double feature in the form of Dragon Half/Puni Puni Poemy, which is worth it for Dragon Half alone -- it's a hilarious fantasy comedy. The world would be a better place if you burn the Poemy disc, though. In terms of honest-to-god collections we have the two Lost Universe thinpaks and Ninja Nonsense Complete, both of which are borderline Netflix fodder.

The Hall of Shame 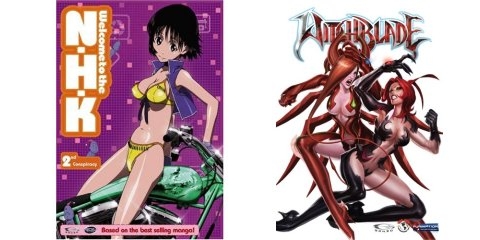 Here's a test run for a new feature Ive been pondering for a while. Sometimes this will be about particularly bad cover art like this weeks, sometimes it'll simply be a lampoon of the release itself. This week's objets dperversity are the cover images for Welcome to the N.H.K volume twoand Witchblade volume three. The real shame is that the art for N.H.K. isnt really reflective of the show itself -- if anything it's pandering to the kind of people the series criticizes -- although the Witchblade art is actually pretty spot on. If anime houses really want to expand their base beyond the pimply set they need to start working on some less risqué box art.

Its a pretty big week with much more hitting the shelves than is covered here. But this should give you a pretty good idea of whats good and whats not. This is also the official Kill 'Em Dead edition in honor of bad taglines everywhere! Discuss it on the Forums!