World War II took something important away from the Walt Disney studio. Or maybe it was the colossal failure of Fantasia that did it. Either way, the studio’s extraordinary golden era of animation wheezed to a sad finale sometime around 1942, and the lush artistry of Dumbo and Pinocchio gave way to a leaner, more economical style with the debut of the classic Bambi and lesser films like The Three Caballeros and Saludos Amigos. Not a bad style, but certainly less spectacular than the stunning multi-plane animation and intricate designs of Pinocchio. 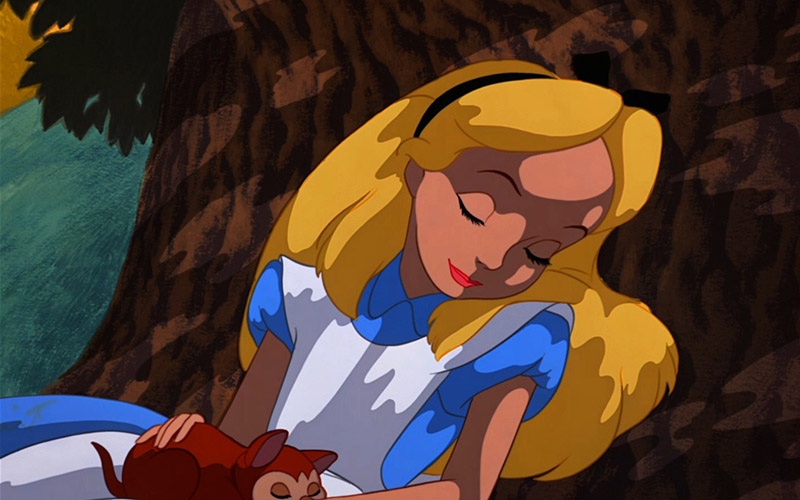 Alice in Wonderland, which debuted in 1951, feels like it was meant to be a call back to pre-Snow White animation while adhering to the visual format of the studio’s mid-century work. It’s less a movie than a series of loosely connected cartoon vignettes, random musical numbers, and surreal comic routines.

Taken on its own, any sequence in Alice in Wonderland could stand as a pretty decent Disney theatrical short. You’ve got a song about a horrible walrus who seduces young clams and eats them alive (literally, not in some creepy metaphorical sense), a bizarre opium-addled caterpillar who poses existential questions, singing racist flowers, a tea party for the insane, and the world’s deadliest croquet match. You could put Bosko or Betty Boop in Alice’s place and no one would have blinked.

Unlike those older shorts, though, every scene in Alice in Wonderland is drawn in a clean, lean style with crisp lines and absolutely dazzling color. In throwing out the rounded and sometimes drab look (occasionally black-and-white) of early shorts, Alice in Wonderland modernized an aging format and lent it new energy. 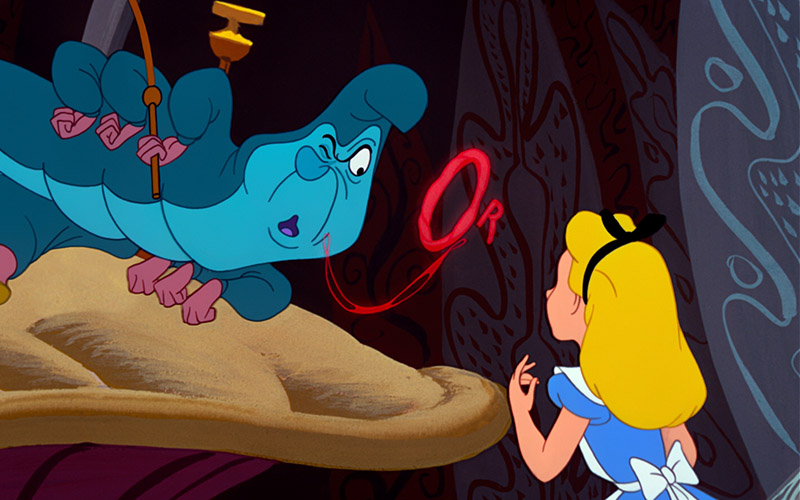 Unfortunately, while the individual scenes range from good to great, Alice in Wonderland doesn’t quite work as a movie. Lewis Carroll’s picaresque children’s book makes pretty decent source material for a Disney movie — the songs and zany talking animals are built right in! — but the problem is that the startlingly expansive list of writers and directors didn’t bother to create any real linking material between these disconnected sequences. It’s just a bunch of standalone scenarios directed by different people, each with its own tone and theme.

As a result, it feels like Alice is bouncing constantly between unrelated cartoons rather than roaming on a journey. Aside from a few linking elements that come together in the final courtroom sequence, such as the Mad Hatter’s retinue and the magic mushrooms she fishes out of her pockets, there’s no continuity between the vignettes. Despite being barely more than an hour long, Alice in Wonderland drags terribly. Compared to most classic Disney films, it feels insubstantial despite being packed with so much variety. 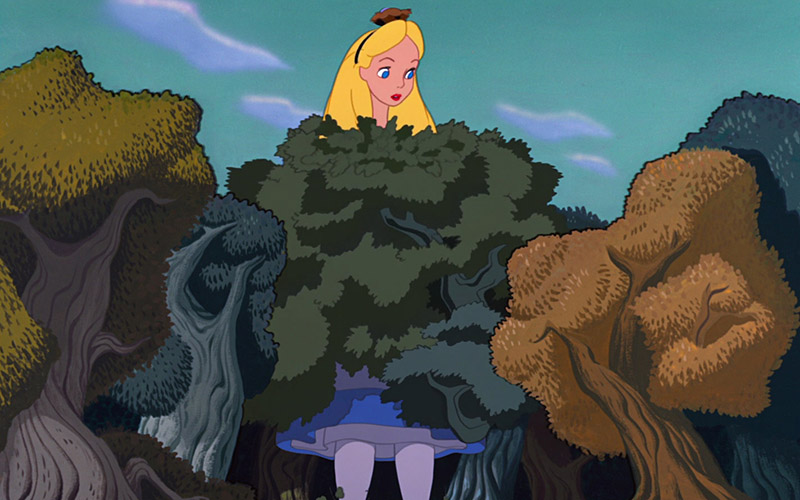 15 thoughts on “Alice in Wonderland”