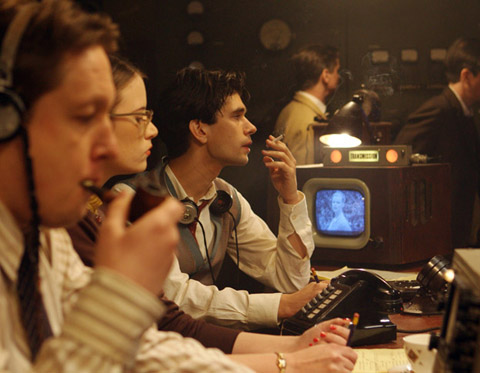 A friend of ours gave us the first season (or first series, as they say in the U.K.) of the BBC show The Hour for Christmas. “I think you’ll like it,” she told us. “It’s like Mad Men.”

This turned out to be true on one level; like Mad Men, The Hour is a mid-century period drama revolving around the lives of people in a media-oriented business. The production demonstrates a slavish devotion to period authenticity, from costuming to technology. It even leans on the dramatic crutch of “genius wunderkind props up the shop with raw panache.”

But naw, The Hour and Mad Men aren’t really all that much alike beyond the superficies. The difference is in their respective narrative structures, and their relationship to history. Mad Men, with twice the running time per season, stretches its legs more. Each season of the show spans, approximately, six-to-12 months of the 1960s; with the time skips between seasons, the full seven-season run time looks on track to span the entirety of the decade, from Kennedy vs. Nixon to Lennon vs. McCartney. The two series of The Hour to date, on the other hand, comprise a more compact period of time necessitated in large part by the BBC’s low episode counts.

This really does make a significant difference in the feel and mindset of each show. The Hour has a different relationship with history than Mad Men; in the latter, the characters rarely take part in history or even rub elbows with people of significance (hotel magnate Conrad Hilton being one of the very few exceptions). Historic events press their weight on events (Sterling’s daughter haplessly planning her wedding for the date on which Kennedy was assassinated) or create symbolic parallels to afflictions in the characters’ lives (NYC’s fatal Thanksgiving Day 1966 smog incident). In the former, the characters work for a new agency and therefore take a more active role in history, commenting on it and, perhaps too often, participating in it.

Actually, that’s The Hour‘s biggest weakness. Too much of it hinges on the interconnectedness of things, especially in the most recent season in which every single narrative thread (save boozy photojournalism veteran Lix’s search for her long-lost daughter) intertwined. If Mad Men too often involves uncanny thematic parallels between the disparate personal lives of its expansive cast, The Hour relies overmuch on spinning important tales in a very, very small world.

These things can work when done right — Breaking Bad‘s season-long pool debris fakeout that led up to a climax that pulled together a lot of seemingly unrelated events in the form of a gut-wrenching tragedy was particularly amazing — but The Hour doesn’t reach those vaunted heights. It’s really good, but not masterful. Still, despite its flaws, I’m really drawn to it… probably because it appeals to the vanity of the journalist in me. Not that I do any “real” journalism, but it’s nice to see the press being treated as upholders of truth rather than perfidious hacks out for their own gain, for once.

And, to be honest, its warm vision of 1950s England appeals to an even more primal part of myself, all those British genetic markers deep inside that draw me to San Francisco’s foggy weather and ’70s prog rock. I love the tweed clothes, the rain-slick streets, the bakelite telephones with their rotary dials, all of it. Much of the story revolves around scandals that rocked London in that era, none of which I’m personally familiar with (since few American schools spend much time on U.K. scandals of the mid-20th century) — but all of them tie into the larger picture of recent world history sufficiently to resonate with a glimmer of familiarity even to an ignorant ‘Murcan like me. The Hour also tackles the state-run nature of the BBC and the chilling effect that relationship had on its journalists, which I suspect the show-runners intend as a not-so-subtle commentary on the U.K.’s occasional forays into Orwellian surveillance but also works for anyone with an interest in freedom of expression.

The Hour doesn’t seem to have made much of a splash in the U.S. — I’ve never heard or seen anyone in my personal circles writing or talking about it at all. It’s good, though! Even if you don’t care about the backroom dealings of men with double-breasted suits, peak lapels, and received pronunciation, it’s a high-class piece of contemporary semi-soap drama. 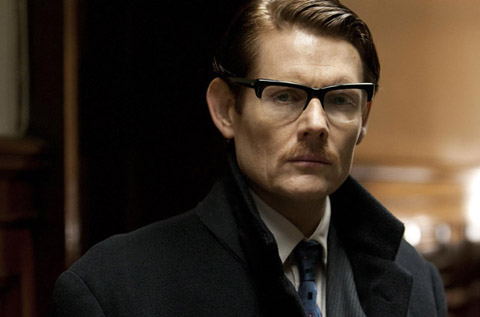