I published an article last week that took the “Japan is so wacky and full of perverts because all the games that come from Japan are pervy” stereotype/meme head-on and, to the best of my ability, debunked it by explaining that (1) those games are hardly representative of the entire Japanese gaming market, (2) they’re not the most popular games in Japan by any stretch of the imagination, and (3) the reason they exist and we hear so much about them derives from a huge variety of exterior factors including an aging society that’s moved away from the kinds of gaming it collectively preferred a decade or two ago and English-language blogs (and not just gaming blogs) leaning on the concept of “wacky pervy Japan” for cheap, salacious traffic. I was pretty nervous about the piece, because it’s a complex topic that couldn’t possibly be explored in proper detail in a single article, but all the feedback I heard from what would have been its most devastating critics — people actually living in Japan — was uniformly positive. All during TGS I heard good things about it from American expats and Japanese citizens alike, which I have to say was a huge relief.

Naturally, though, it made a handful of people on the Internet angry, as all things do. In this case, the plaintiffs bristled at the implication that being obsessed with media that hyper-sexualizes underaged girls might not be entirely healthy, or that — heaven forbid — certain popular contemporary Japanese franchises feature girls who regardless of their intended age are drawn to look questionably young. So it goes.

I’ll admit that kerfuffle (or what I’ve gleaned of it second-hand, as I long ago learned that nothing good comes from actually reading Internet threads dedicated to talking about what a terrible monster you are because video games are super serious business and expressing the wrong opinions about them renders a person instantly into irredeemable sub-human garbage) was at the back of my mind as I wandered Akihabara a few days later and took in just how far the area has gone astray from its days as a haven for current and classic video games. Most of the smaller retro shops have shut down, even the Trader branch across from the KFC (which was bustling only a year ago). [Clarification: That Trader outlet is still open, but the second floor that had been dedicated to retro games for as long as I’ve been going there now sells nothing but pornographic PC software.] In their place are maid cafes where you can pay to have young women call you master and pretend not to be revolted by you for an hour, for a price. Where video game merchandise of all stripes once dominated the area, these days it’s more about anime, and specifically the kind focused on young girls. It is surprisingly difficult to find publicity media of male characters around Akihabara. Like a candy-colored, underaged take on the world of Y: The Last Man.

Weirdy, the thing that caught my eye in Akihabara was a bare Famicom cart on the shrinking classic gaming shelf at the only Liberty outlet left in Akihabara that still sells games: Ninja Crusaders. It’s not that great a game, but I found myself drawn to the label. 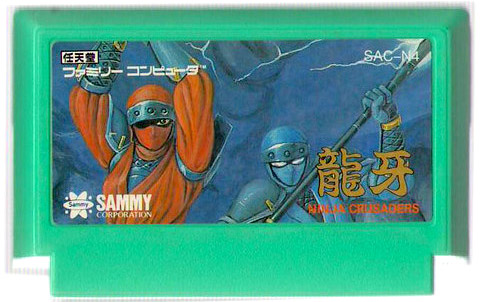 Something about the female ninja here really struck me. I can’t imagine a game featuring label art like this today. Not just because it was created in a painterly, gouache-like style (which has vanished in favor of either cel-style art or CG), but because, well, look at her. She’s completely unsexualized. Aside from the curve of her breast — draped in a loose gi that’s been wrapped over metal body armor — nothing about her screams, “I’m a woman!” She’s dressed comparably to her male counterpart, an equal in combat whose gender comes across as totally incidental. You didn’t see a lot of that then, but you see even less of it now.

However, across the store from this cartridge, one wall was dominated by a huge poster of virtual idol Hatsune Miku, wearing nothing but bikini bottoms. Kind of like this image: 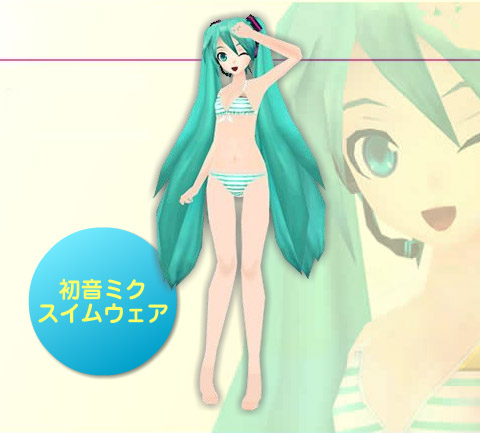 But with her back turned and the upper part of her outfit missing.

I mean, whatever; cheesecake will be a near-universal constant so long as men run the show. It certainly existed back in the days of Ninja Crusaders! Pretty much any Japanese retro shop is going to have the semi-rare big-box edition of Athena in its showcase, and she’s not exactly armored up from head to foot: 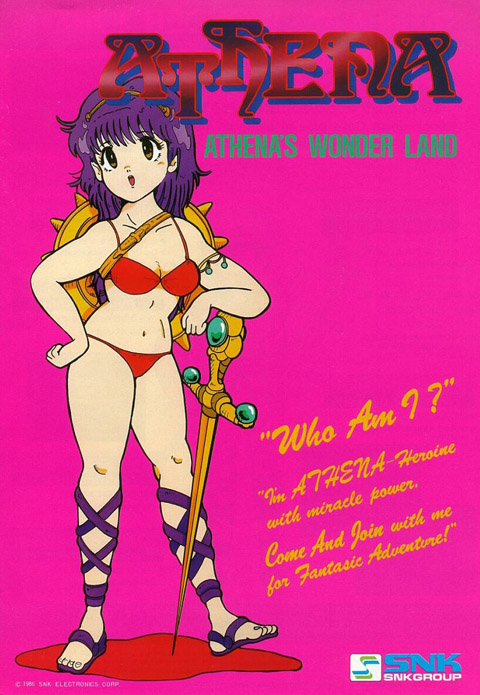 But, I dunno, something about her feels different than similar modern images. I guess it’s subtle things, like the way she’s not giving the viewer the standard come-hither look but rather seems to be gazing off toward something else. Maybe she’s daydreaming about being in a game with better controls. She’s a little rounder in appearance — not quite pudgy, but definitely tilted toward the super-deformed end of the character design spectrum: A more sexually neutral state of existence despite her scanty apparel. Actually, she reminds me a lot of Benten from Urusei Yatsura, a (female-penned) comic that dabbled in sexiness, and even had a sex-obsessed pervert for a protagonist, but diffused all of that with broad humor that made the sexual undertones a vehicle for the jokes rather than the joke (or the point) in and of itself.

The olden days certainly had their share of smut, but it felt like there was a clearer division between that sort of thing and this sort of thing; the more risque material was more or less confined to PCs, while consoles had a certain innocence. Now, the main difference between a lot of console and PC games being peddled in Akihabara seems to be that you can’t show nipples or actual sex in console software. The lines are blurrier, and I’m not just talking about the legally mandated mosaic effect on genitals. It’s not like Akihabara is a cartoon red-light district, but I do find it far more discomfiting than it was five years ago.

So, in conclusion, what we can take away from this is that I am old, and everything was better when I was your age.