At the Hasbro booth at San Diego Comic-Con, they have a movie prop from the delayed-for-mysterious-reasons G.I. Joe sequel Retaliation. It is a full-sized… Cobra ninja motorcycle? 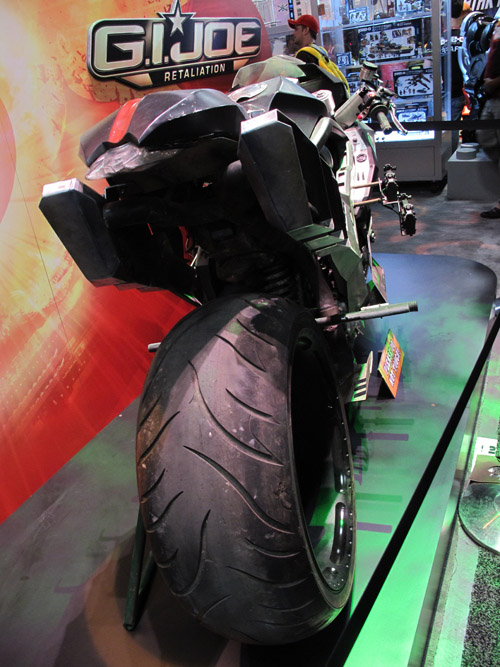 Ninjas are pretty awesome when being razed en masse on a bridge, but I dunno, I don’t really think “motorcycle!” when I think of the shrouded stealth assassins of ancient Japan. More’s the pity, I suppose.

Anyway, the only thing that makes this prop remarkable is the ridiculous detail the prop department put into the thing. Even in high-definition, you won’t see the little embellishments the model-makers added to the bike. This was my favorite: 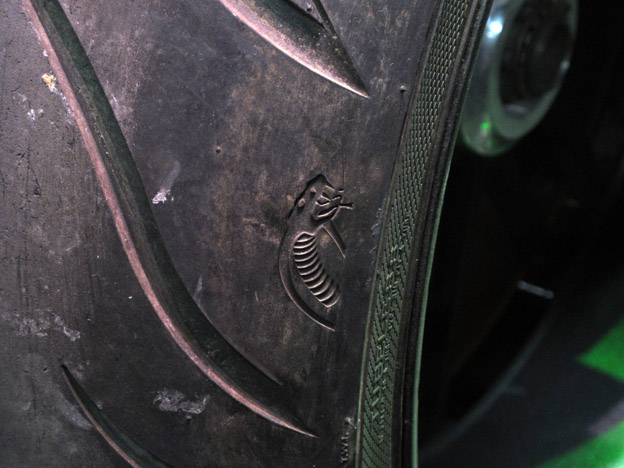 For no good reason at all, someone decided to emboss a little cobra onto the tire treads. It’s about two inches long. I don’t think Retaliation will be very good, but it sure won’t be for lack of enthusiasm by the dudes working in the studio trenches.

2 thoughts on “The little things”