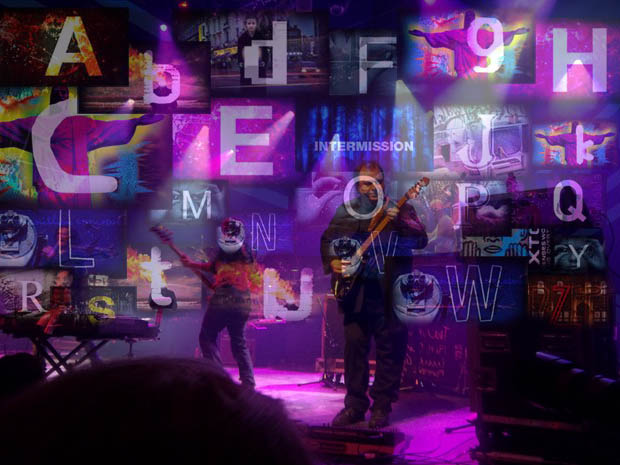 I missed a Marillion concert at the Fillmore a few days ago, but that’s OK; I saw them in 2004 in support of my favorite album they’ve ever recorded and snagged a floor spot directly in front of the lead singer about five feet from the stage. I suppose you could possibly have a better concert experience than that, somehow, but I’m not sure how. Maybe if they served sundaes or something.

Marillion is a strange entity simply in that their performances actually seem to have improved over time. Their ’80s and ’90s concert albums were fine, but lately they’ve taken to releasing a live album every couple of years and they sound fantastic. The band has a really rich sound, mellow but energetic. I know they don’t have a huge following, especially in the States, but I can’t think of a group I like more.

Softening the blow of missing them last week was the recent arrival of their latest live set, A-Z. As the name suggests, it chronicles a three-hour concert they performed for superfans last year in which they ran through their back catalog by performing a song for each letter of the alphabet. What made it interesting wasn’t the gimmick but rather the selections: The band dredged up some really odd and obscure choices for many of the entries, performing a number of pieces I’ve never heard live on either their standard concert releases or a number of official bootlegs. The performances were crisp (unlike their last gimmick album, Tumbling Down the Years, where the playing became rougher as they moved further through the chronology of their back catalog to forgotten tracks from 25-30 years back) and featured quite a few interesting medleys and segues. Good stuff.

The funny thing is, I like the album’s “cheats” the most. Rather than perform their infamous bête noir “Interior Lulu” for the letter I, they cheekily used I for “intermission.” When they couldn’t come up with a tune for the letter X, they brought XTC’s former guitarist on stage to perform “Senses Working Overtime” (which features a lead-in that’s strangely similar to that Gotye song that was saturating the airwaves a few weeks ago). And since they didn’t have a song whose name began with Z, they turned “Separated Out” into “Zeperated Out” by randomly throwing in fragments of Led Zeppelin songs. Good stuff.

Actually, though, my absolute favorite part of the album is a bit of stage patter upon reaching the letter R:

“What is a pirate’s favorite letter?”

“That’s not true,” Hogarth chides. “They really love… the C.”

The audience groans and boos, as they should.

4 thoughts on “RockSpite: The Marillion alphabet”