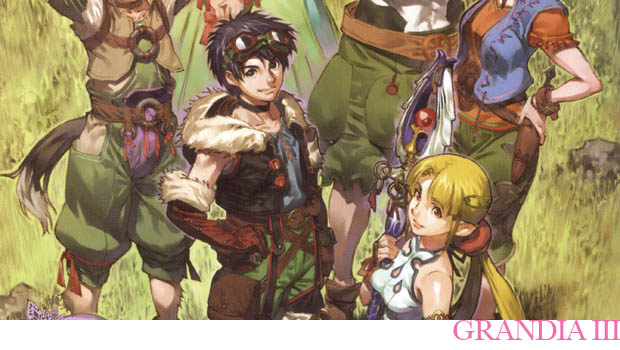 The interior wiki pages of the site haven’t been working quite right since the move, hence the lack of new article postings over the past month. But now I’m back to let you know I can really… post… stuff? Yes. The kinks haven’t gone away entirely, but I can at least save and edit text! And now, I bring text to you that was written by one Andrew Bentley about the game Grandia III, which is super cool and sweet and stuff. Actually, it’s not, but Andrew (in keeping with the most recent book’s theme) went back and gave it a second chance to see if maybe its lack of cool sweetness was merely a perceptual issue rather than a genuine flaw. Turns out the answer was no! But good on him for trying.