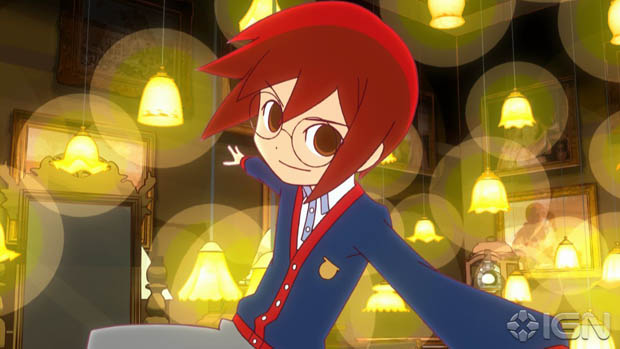 Today, a demo for Rhythm Thief and the Emperor’s Treasure hit the 3DS eShop. It’s a charming game, a combination love letter to Sega’s Dreamcast-era music games and Professor Layton clone. Strange mix, sure, but a good one.

Today, Sega also announced that it’s cutting off a huge chunk of the company, focusing on only four biggest franchises. Needless to say, Rhythm Thief doesn’t factor in there. The game’s out in a few weeks here in the U.S., and I’m pretty sure no one’s going to buy it. But I bet a lot of people who don’t buy it will complain, a few months down the road, about how publishers never put out fun, interesting, original niche games anymore — oblivious to the fact that they had a chance to pick one up when it counted and…

…well, it’s probably too late to make a difference. But still, what if it wasn’t? What if enough people bought this game to make Sega say, “Hey, maybe there’s actually some money yet to be made in exploring the spirit of our classics”? Wouldn’t that be weird? Isn’t that a feat worth considering?

Anyway, the demo is free, so there’s no harm in downloading it and seeing what you think for yourself.

5 thoughts on “The emperor’s fleeting treasure”