Let’s crawl through some dungeons

It’s like some kind of crazy perfect storm of dungeon-crawling out there. I downloaded and previewed the Japanese Etrian Odyssey IV demo, and it is really good! And then Xseed did this thing called Unchained Blades today for PSP (though sadly not Vita). And then on top of that Skyrim got an add-on update full of vampires today. I could care less about vampires, but I sure do love dungeon crawling. 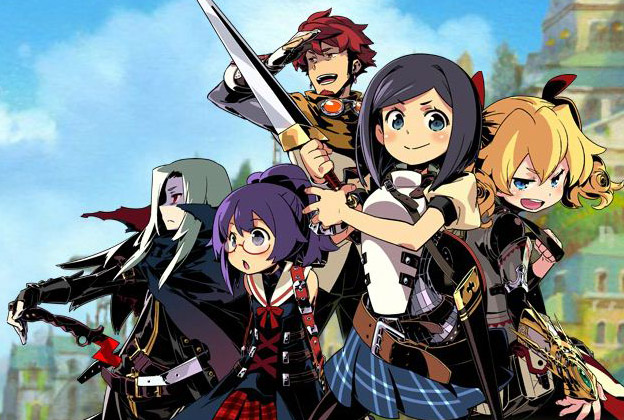 I’m not really sure why dungeon-crawling happens in tartan skirts these days, though. Damn kids. Get off my dungeon-lawn.

I’m not sure how to quantify the appeal of plunging into dungeons and wading through an ocean of the virtual dead as my party lays about themselves with blades, spells, and more arcane devices. I played a handful of dungeon-style RPGs back in the day — Arcana, Swords & Serpents — but I never thought much of them. When I became an RPG addict, I focused entirely on games with a strong narrative thrust: Your Final Fantasies and Breaths of Fire and whatnot. It wasn’t until the one-two punch of Nightmare of Druaga and the original Etrian Odyssey that I said, “Hey, these are pretty rad!”

I guess maybe that coincided with my realization that RPG stories are generally pretty meaningless. At that point I suppose I realized I might as well just focus on what RPGs do well, which is empower players to kill stuff. Not the most noble of callings, but man, just look at the way those numbers get bigger!

6 thoughts on “Let’s crawl through some dungeons”