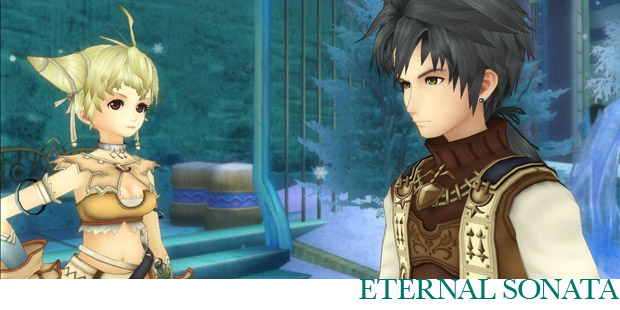 I never played Eternal Sonata beyond a few demo sessions before it launched, so I don’t have an opinion on the game one way or another (though the graphics are as nice as the character designs are cringeworthy). Alois Wittwer had an opinion, though! So then he replayed the game to see if his opinion would change with a second attempt.

The most vivid memory of I have of this game was chatting about it with one of the BioWare Doctors at GDC the spring after the game launched. I don’t remember which of the Doctors it was, but as we were waiting around for an interview to start, I asked if he’d been playing anything recently he began waxing rhapsodic about Sonata. It was really fascinating, he felt, because of the way the game revolved so obsessively around Frederick Chopin — even pausing occasionally to provide biographical documentaries about his life. You don’t really see a single creator’s fascination with a topic play such a major role in a game of this scope, he told me.

At the time, I found this an interesting moment of candor from a game designer. In retrospect, I wonder if it was actually a wistful moment of reflection from a man whose life work had just been shackled to one of the world’s biggest publishers. Given the direction BioWare’s releases have taken since then — and I say this as someone who’s enjoyed them — that certainly would have been a touch of clairvoyance on his part.