Ever since 1997 and the twin threat of Sephiroth and Alucard, dudes with long white hair and beautifully chiseled features have become something of a video game cliche. Where did this trend start? Who decided pretty boys with long white hair were a handy shorthand for “totally dangerous warrior”? 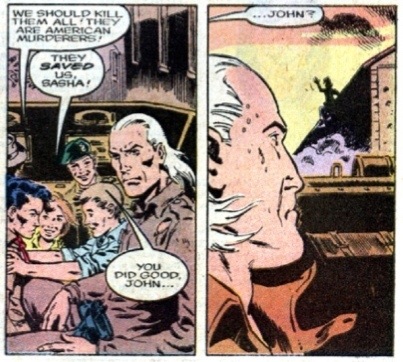 The earliest example I can recall was John Doe from The Nth Man. He was the ultimate ninja! Ultimate as in final, not as in Real Ultimate Power. That comic dates from about 1989. Surely someone predates John, yeah?

Curiously, Nth Man was written by Larry Hama, a guy of Japanese descent (though not actually Japanese). Does this meme stem from some shared cultural memory or something? The more I think about this, the more mysterious it becomes.

15 thoughts on “Let’s solve a mystery”