You’re braver than I thought

The other really great thing about the Millennium Falcon‘s shooting model (yes, I’m still on about that) is all the detail the creators put into it — wear and tear that, again, would never be visible on-screen but went a long way toward creating a convincing film. Even in remastered high-definition form, the Falcon doesn’t look like a miniature. No doubt the fact that it was a four-foot model factors in there, but you can’t say the same about the television Enterprise, which was even larger. But the Enterprise was pristine and smooth; the Falcon is a jumbled mess of tacked-on parts, exposed inner surfaces, and fender-bender damage. Like back here: 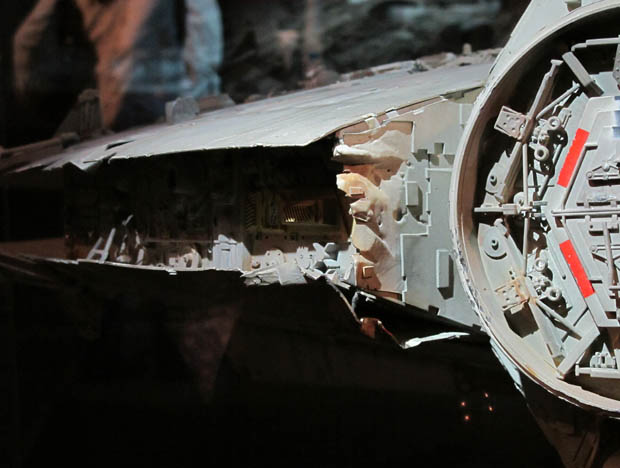 How does a spaceship end up with crumpled edges like that? I can only assume Han bumped into a light pole while he was backing out of a tight parking space. 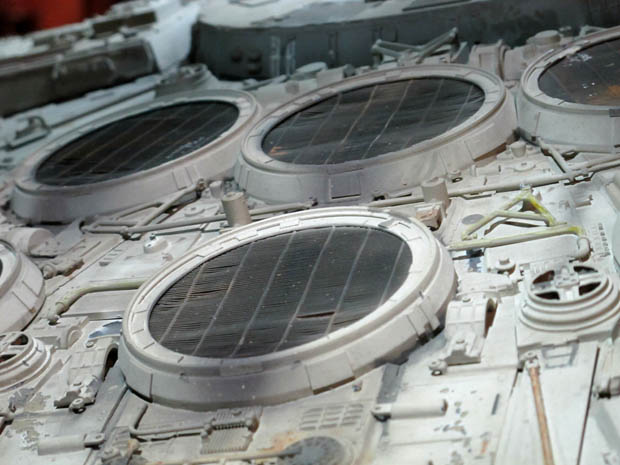 More details no one would ever see in the movie: These aft vent covers or whatever look like the vents on a old metal screen that’s about three years overdue for replacement after being abused by rambunctious kids on a playground. In reality, these vents are about four inches across. It’s not just that the model-makers poured a lot of information and detail into the ship, it’s that the process must have been meticulous and excruciating due to the scale of the work. 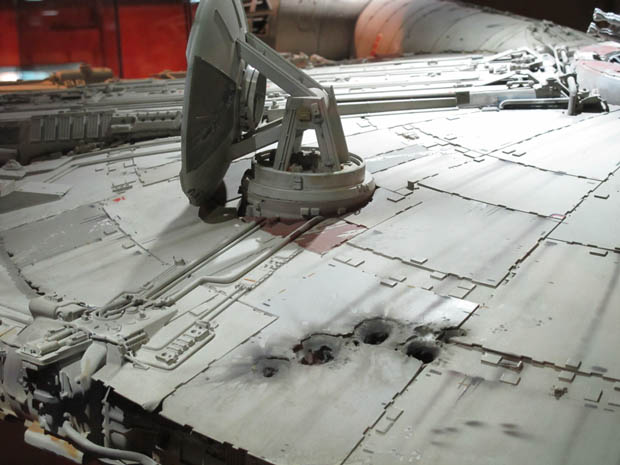 There are even huge, open weapon bolt punctures on the port side of the main body. I have no idea what this part of the ship is supposed to be, but presumably this means there’s a hold or room of the Falcon that’s perpetually open to vacuum that no one ever mentions. This falls somewhere along the lines of writing up a character bio full of details that never appear in a story. The reader or viewer may not know those details, but the fact that you put that kind of thought into it means a lot to its underlying substance.

And this model is why Star Wars was really good, despite… well, everything. Before it became about merchandising and expanded universe novels, it was just about creating a thoughtful sci-fi reimagining of classic fantasy tropes.

7 thoughts on “You’re braver than I thought”