The troubling theology of Star Wars

Today I received a Christmas gift from my wife’s cousin and her fiancé: A ticket to a Star Wars exhibit at a kids’ science museum in Orange County. It was mainly notable for including a whole lot of original props. I realize these things have made the rounds over the years, but it was the first time I’d seen them, and the experience was pretty rad.

However, outside the Star Wars exhibit, the museum was hosting a gingerbread house competition, which included the following edible nativity scene: 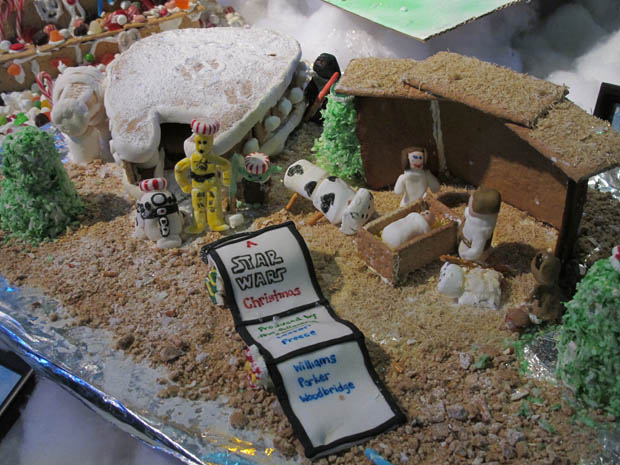 It’s cute and cool until you realize that the role of unwed lovers is being played by Luke and Leia, which raises the alarming question of who (and whose) the child in the manger is. Even more concerning is the realization that there’s probably a newsgroup on USENET that’s been dedicated to exploring these unsettling issues in exhaustive narrative form for several decades.

I do like the marshmallow cow and starlight mint turbans on the wise men… er, droids.

4 thoughts on “The troubling theology of Star Wars”